This documentary peeks into Obama and his key team’s last year of the US Presidency. 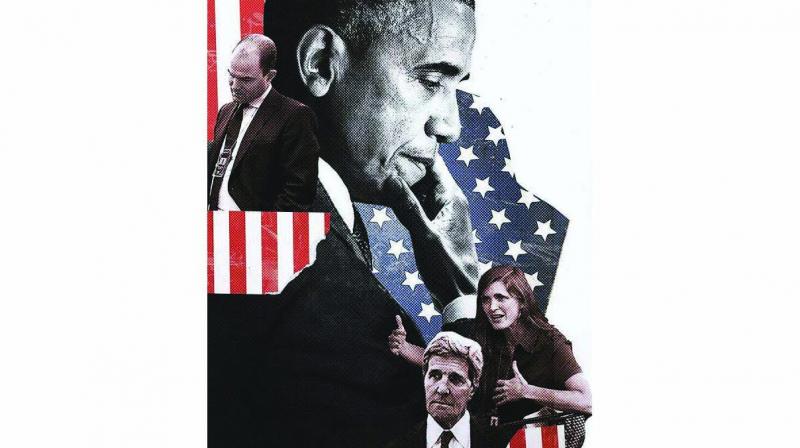 The movie crew has got almost unprecedented access to the inner workings of this powerful team within and outside the White House.

If you’ve always wondered what a day in the working life of an American president looks like, you should watch The Final Year, which as the name suggests, chronicles Barack Obama’s last year as the President of the United States. It basically follows his core foreign policy team across 21 countries to understand how US handles international policies. The key players in this documentary (besides Obama) include John Kerry (former US secretary of state), Samantha Power (former UN Ambassador) and Ben Rhodes (former deputy national security advisor for strategic communications) and Susan Rice (national security advisor).

The movie crew has got almost unprecedented access to the inner workings of this powerful team within and outside the White House. However, if you plan to watch this documentary hoping to see Obama splashed all through, you may be a tad disappointed. He remains mostly in the background and his interactions are somewhat limited and the story is knitted together more through conversations with his key team, while following them across the world as they often negotiate their way through murky waters.

One also gets the feeling that 2017 being the last of the eight reign, the top brass got a freer reign to pursue their personal political passions in a bid to make a lasting impact not just on the world but also on their successors. Often, it appears like they have lost that fire in their belly and appear very humane during tough negotiations. The constant pressure of time running out is projected all through this documentary and nothing makes it more obvious than the tagline: The clock is ticking!

The Final Year has been directed by award-winning director Greg Barker and it appears to be an attempt on the part of the Obama team to make America good before handing it over to President Donald Trump. And no, they certainly did not expect the current president to come up trumps. In fact, in a surprise revelation, you can sense the initial excitement over Hillary Clinton’s campaign gaining momentum. In fact, Samantha Power and Ben Rhodes seem the most enthusiastic as all plans were put on hold on the election results. While Samantha at least appears to have taken the disappointing loss in her stride, you wonder why Ben Rhodes looked so dejected, almost like he had personally lost the election. Of course, there was speculation at that time that if Hillary had won, Rhodes would have won a plum assignment (and while he doesn’t deny it, he diplomatically concedes to being open to opportunities when interviewed for this documentary.)

You also realise that unlike the political dramas like House of Cards and Madam Secretary, where political personalities are often impeccably turned out and look fresh, even after a 20-hour work day, it is clearly not the case in a real life scenario. The core team is simply turned out, infact Samantha and Susan hardly use any make-up and look as stressed and tired as normal working women after a long day at work!