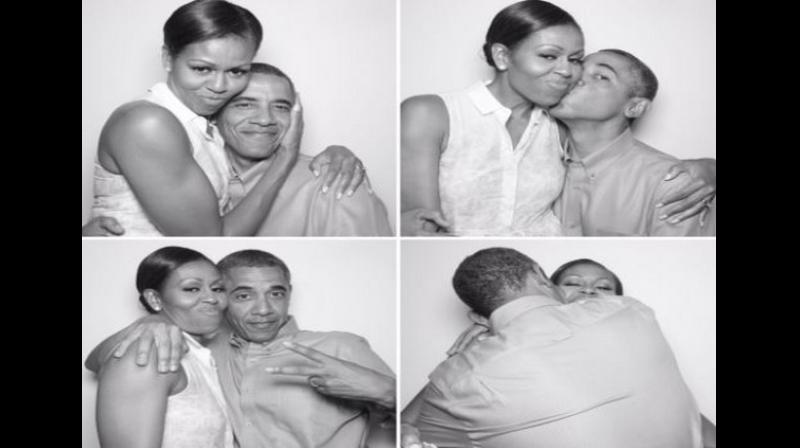 Obama took to Twitter on Friday for wishing Michelle and posted a collage of their four love-soaked pictures. (Photo: Twitter)

Washington DC: Former first lady of America, Michelle Obama turned 56 on Friday and former President of the country, Barack Obama was all love for her as he extended his cutest wishes for her.

Obama took to Twitter on Friday for wishing Michelle and posted a collage of their four love-soaked pictures.

"In every scene, you are my star, @MichelleObama! Happy birthday, baby," read Obama's tweet.

This isn't the first time that the former President has showered his love over his beloved.

Earlier in October 2019, Obama shared a picture of himself with his wife on their 27th wedding anniversary and captioned it, "Like the Beatles said: It's getting better all the time. Thanks, babe, for 27 amazing years!"

The couple recently turned producer for their documentary 'American Factory' which received an Oscar nomination on Monday.

Documentary film 'American Factory' which is directed by Steven Bognar and Julia Reichert, revolves around the story of the occupation of a shuttered motor plant by a Chinese company's factory in suburbs of Ohio.