Zekarias plays himself in the film, re-enacting his journey across Africa to show viewers just how hazardous it can be. 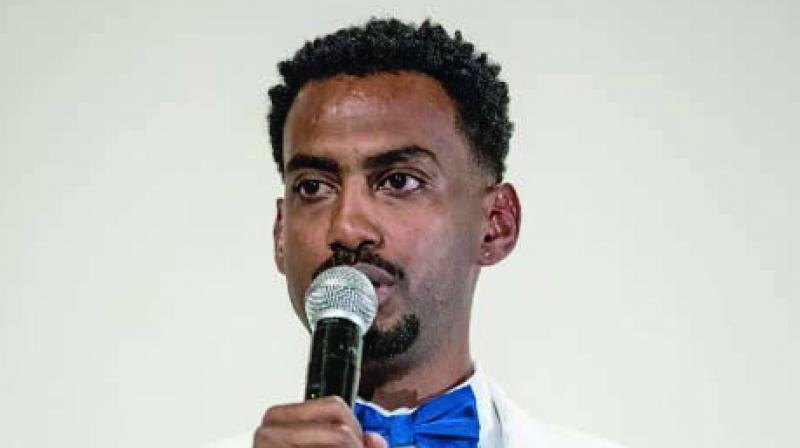 Addis Ababa: Zekarias Mesfin spent months making a movie about his dangerous illegal migration from Ethiopia — and when he arrived at the film’s premiere, he was in a coffin carried by six white-gloved pallbearers. Not that Zekarias, 33, was dead.

But he chose the dramatic entrance to show how close to death he came 12 years ago when he left his home in Ethiopia to journey across the deserts of Sudan and Egypt to try to get to Israel.

“I was almost dead,” Zekarias said, following the Ethiopian premiere of the film last week at the national theatre in the capital Addis Ababa.

“At the Israel border, I lost many, many friends, sisters, brothers.”

Zekarias could not have predicted where his journey would finally take him: after being caught and jailed for two years for illegally entering Egypt, the United Nations helped him resettle in Canada.

He has since become a Canadian citizen and settled in Edmonton, Alberta with his wife and two children. Zekarias says he spent years thinking about making a film about his odyssey.

Finally deciding to take the plunge three years ago, he ploughed his savings of 2.2 million birr ($81,303, 69,067 euros) into making Ewir Amora Kelabi, an Amharic phrase that can be roughly translated as “the higher spiritual power guiding the lost”.

Zekarias plays himself in the film, re-enacting his journey across Africa to show viewers just how hazardous it can be. Illegal immigration is “very difficult, it’s very, very dangerous. I want to teach that,” Zekarias said of the film, which was shot in Ethiopia. “I didn’t make this documentary film by guessing. I was there.”

Ethiopia is Africa’s second most populous country and also one of its poorest. But despite rapid economic growth over the past decade, many Ethiopians seek to try their luck elsewhere, mostly countries in the Middle East, such as Saudi Arabia and Kuwait, even if they don’t have any visas and have to brave war zones like Yemen to get there.  An estimated 334,000 Ethiopians migrated to the Middle East between 2006 and 2014, according to the Regional Mixed Migration Secretariat, a group of international organisations that monitor migration in East Africa and Yemen. Tales are rife of the brutality and violence that the migrants face.