Is it time for Bollywood actors to finally play their age? We ask industry insiders to weigh in... 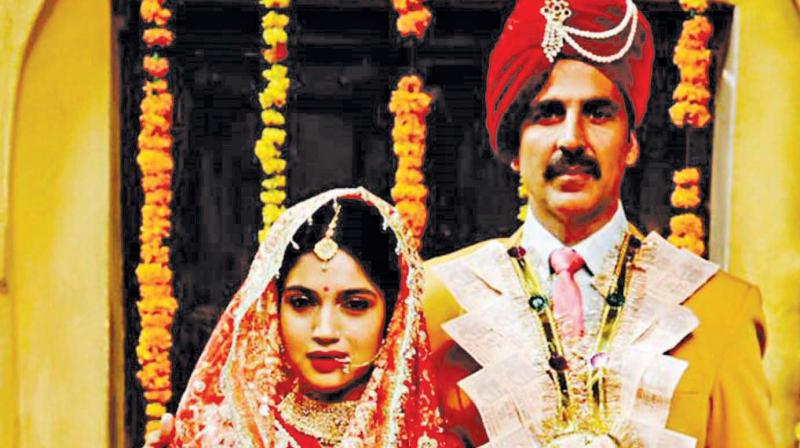 It wouldn’t be wrong to say that Bollywood easily panders to its male stars. Take for instance the upcoming Akshay Kumar starrer Toilet – Ek Prem Katha.

It wouldn’t be wrong to say that Bollywood easily panders to its male stars. Take for instance the upcoming Akshay Kumar starrer Toilet – Ek Prem Katha. It was recently reported that Akshay wasn’t the first choice for the film as the makers were convinced that the soon-to-be-50 Akshay would look mismatched when it came to wooing and getting married to a girl. A few younger actors were then considered in the preliminary meetings, but nothing worked.

In the meantime, the scriptwriters re-wrote the film and adapted it to accommodate Akshay. This isn’t the first time though that scripts are being moulded around male stars and actors have managed to defy age by playing much younger characters. While the Khans are still romancing younger actresses, their contemporaries are offered cut out roles of a young mother after a certain age. Dia Mirza in a recent interview spoke about how Salman Khan always jokes that the much younger actress will some day play his mother on screen.

Unfortunately, it’s the way the society works, feels director and writer Rensil D’Silva. “I think it is very natural for a woman to age faster than a man. A woman in her late forties won’t be able to act in roles that a man of the same age would — our society accepts it. Unfortunately, women too watch films with men in lead roles; this is the same across the globe. A Jennifer Lawrence film won’t have the same opening like that of Ryan Gosling,” he explains.

It is a trend that scriptwriter Apurva Asrani noticed too, “While writing Simran, we had a character of a 21-year-old girl in mind and Kangana was supposed to play that character. However, her face would betray her age. Eventually, we had to mould the script and changed the character to a 30-year-old divorcee to suit Kangana,” he shares. More than the age, the film industry is captivated by the star system, he feels. “We can’t look beyond the star system because in the end they are the ones who will draw the audience to the screens and everyone aspires to work with them, so no matter even if they are touching fifty, the obsession with the star system doesn’t seem to end,” he shares.

When you have a certain budget for the film, you will also need big names to make that profit, explains Rensil, “Making a film takes a lot of money and not a single producer would like to risk that much amount and suffer a loss by trying to see if a young face or an older actress will work.”

As an actor, one shouldn’t worry about age anyway, says Dino Morea. “As long as an actor can pull off a certain role, with her or his physicality, it’s fine. No matter if the 40-year-old actor is playing a role of a 25-year-old, as long as it’s believable, it shouldn’t be a problem,” he says, adding,  “For example, in 3 Idiots, Aamir Khan was quite convincing. Even though we all know his age, not once in the film did anyone think about it.”