Why Cannes really matters is because of the movies it picks to show and celebrate. Because, movies matter. 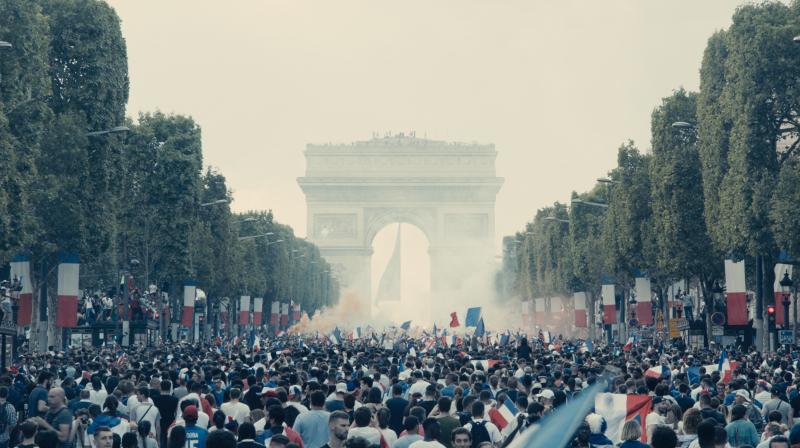 The cute, quaint town of Cannes on the French Riviera has come alive again.

* 45,000: Number of people with official accreditation attending the festival. Of these, around 4,500 are journalists. As a media event then, this number — of film critics and fashion journalists who keenly follow red carpet events as well as the unveiling of the season’s haute couture and jewellery collections —  puts the Cannes film festival at par with the Olympics.

* 69 films (features and shorts) are showing in the official selection this year, representing 39 countries

Cannes: Festival de Cannes has big, impressive numbers to flex not just its cinematic muscles and high taste, but also point at its significance in the world of cinema.

Alongside all this are Cannes’ traditions and rules — girls in gowns must wear heels, and keds are a no-no on the 60-meter long red carpet; selfies are banned on the red carpet, and so is, for now, Netflix.

Now in its 72nd year, Cannes also has a long history — of celebrity scandals, political protests, romance, nudity, even prostitution — that adds heft and an haute aura to the 12-day film festival that is, without grudges, regarded as the world’s most prestigious and high-brow.

But why Cannes really matters is because of the movies it picks to show and celebrate. Because, movies matter.

Movies allow people to tell their stories — stories from countries and cultures that may be very different from ours, but stories that are often uncannily similar to ours, stories that sometimes governments don’t want people to tell, stories that add a touch of humanity to our view of the other, stories that shape us, energise us, make us think. As Roger Ebert famously said, “If you pay attention to the movies, they will tell you what people desire and fear in their deepest secrets”.

Politique, or politics, is central to the films that Cannes picks — be it about political ideology, governance, economics, gender, sexuality, ethnicity, race, colour, land, history… These films are also its strongest.

A collection of seemingly disjointed episodes — all of them garrulous and high-strung — that peeled away layers to reveal a nation brutalised and a government sparing no opportunity to dupe, deceive and rob its citizens not just of the basic necessities, but of their humanity.

It won the best director award in the Cannes festival’s Un Certain Regard category.

This year the best film I have seen so far (out of a total of seven) is the French film Les Miserables by Ladj Ly, a powerful, moving, illuminating mix of the basic themes of Victor Hugo’s 19th century classic — the importance of love and compassion in a world defined and judged by class hierarchy, and a criminal justice system that victimises the most vulnerable — as well as a real-life episode.

The film is set in the suburb of Montfermeil (where Thenardiers’ inn is located in Hugo’s Les Miserables), an impoverished locality that is mostly in the news for repeated clashes between the residents and the police. And its story is nourished by real events of the 2005 French riots as well as clashes triggered by an incident of police brutality in 2008 that was caught on camera by director Ladj Ly, then a 20-year-old resident of Montfermeil.

Ly’s camera caught the police chasing 20-year-old Abdoulaye Fofana, suspected of  vandalising a police car, and then beating him senseless.

The film’s fictionalised but rooted-in-reality story involves three cops — Stephane (Damien Bonnard), Chris (Alexis Manenti) and Gwada (Djebril Zonga) — in a police car that is more than just patrolling the streets of the suburb. The cops are players too, in the local politics which involves a self-styled mayor who is a real estate shark, Muslim Brotherhood that’s chasing kids with sermons, invitation to visit the mosque for a meal and Quran classes. There's also the local dada Salah who has returned from Syria, a power-broker who negotiates peace for a price between different groups, gypsies, a young boy, Issa, and a missing lion cub.

Chris, who heads the team of three, is obnoxious, raging and perenially tripping on how far he can go, how much he can use and abuse his power. Stephane is a new entrant, and Gwada, seemingly calm and compassionate, is a local.

Young Issa, whose father drags him to the police station for stealing hens, is lost to his own family, but belongs firmly to the group of friends who play and hang together.

On a particularly hot day in Montfermeil, when the neighbourhood — with a population made almost entirely of migrants of various ethnicities from Africa and West Asia — is simmering with tensions over rent for stalls, bare-chested, tattooed gypsies arriving with sticks and threats demanding that their lion cub be returned, and the police car harassing residents, a drone, operated by a geeky kid, is spying on all that is going on.

Everyone is teetering on the edge of a bloody confrontation, and then suddenly, in one burst of a firearm, things tip over.

What follows is a heart-breaking attempt at a coverup, trailed by the cyclic nature of violence where the brutalised quickly learns to brutalise the other, where the most vulnerable finds power in numbers, and revenge.

Cinematically, Ly’s Les Miserables is sharp and sincere, and its story-telling is urgent, impassioned but empathetic. Not once does it lose sight of the humanity of even its most bleak characters.

The film’s camera stalks, keenly observing what is being said and done, placing us at the centre of events boiling with rage, creating both exhilaration and tension. But it also leaves us with a lingering, shattering fear that what Gwada said is, indeed, true — that there are people, and colonies of people around us about whom no one cares. The miserables ones.

It left me weeping and gutted for hours. Because, it's true.