A stunning film fest in a small town

The unique festival had black nights (due to the severe winter), as also black carpets, a black wolf as the mascot, black wolf masks. 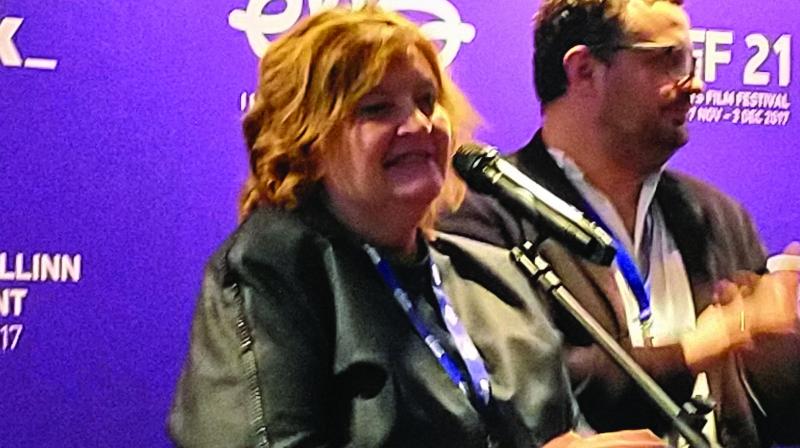 With Talinn being the president of the EU, last year, they even had an EU Council meeting during the festival.

I must admit I never expected a modest, medieval Baltic town to produce such a mega, magnificent film festival! I’m talking of the Black Nights Film Festival, which concluded recently, in Talinn, Estonia. The unique festival had black nights (due to the severe winter), as also black carpets, a black wolf as the mascot, black wolf masks.

The “black” theme fascinating. But in every other way, the festival was a shining-white beacon for world cinema. There are not many festivals in the world that run for two weeks, and boast of as many genres as animation, shorts, docus, feature films, children’s movies. Not to forget country — retros, theme-sections, midnight screenings. As also a large “Industry” section, with script and story sessions, meetings with international business partners and sales agents.

With Talinn being the president of the EU, last year, they even had an EU Council meeting during the festival.The Festival screened nearly 300 films from 70 countries, including 20 world premieres. There were as many as five competition sections. This included one on Asian Cinema, supported by NETPAC, the premiere body for Asian Cinema in the world. This is the organisation founded by Aruna Vasudev from India, which is today represented at Juries in nearly 30 film festivals around the world.

I was honoured to be the head of the NETPAC Asian Films Jury, at Talinn.

Our “Asian Cinema” section  had an assorted mix of movies from countries as diverse as India, Thailand, Korea, Philippines, Vietnam, Iran, as also Lebanon, Israel, Kyrgyzstan.

The two Indian entries were “Ajji”, “Granny”, by Devashish Makhija, an assistant of cult-director Anurag Kashyap. Kashyap’s penchant for justifiable violence in his films, filtered through in this story of a grandmother wreaking sordid revenge on the perpetrator of her grandchild’s rape.

Anurag Kashyap’s latest movie Mukkabaaz was also screened at the festival. The other Indian film in the Asian Competition section, was Buddha.mov by debutant director Kabir Mehta, about a hedonistic Indian cricketer-turned-real estate developer, whose chief penchant seemed to have sex in public! Although a part of the Estonian audience was amused by the casual, chatty style of the film, most of the Jury members felt it did not deserve to be in the competition section. 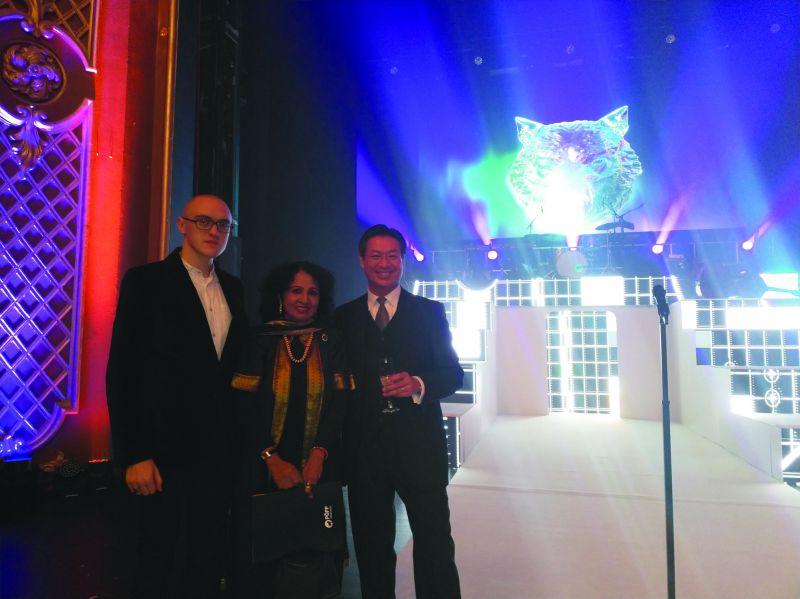 An Indian film that did not make it into the competition section, as it had been premiered at another festival, was Love and Shukla, the arresting debut film of young Siddhartha Jatla, which has been creating waves on the festival circuit.

It was a funny, moving, thought-provoking tale of a newly-married couple in Mumbai, trying hard to connect, in an over-crowded flat in Mumbai — a situation, according to the director, which more than 55 per cent married couples face, in Mumbai. Outside the competition section, Basmati Blues, a Bollywood musical comedy with an Indo-American cast, was one of the popular movies of the festival.

There were some moving domestic dramas, in the Asian Competition section — Home, from Korea, River’s Edge from China, Driver from Israel.

Our award went to a Japanese family drama Goodbye Grandpa, which dealt with the death of a grandfather bringing together a squabbling, multi-generation family. It was difficult to believe that this deep and sensitive social drama, studded with highly plausible characters, was by a young debut director, Yukihiro Morigaki.

I was also moved by two other films in our competition section. The Excavator from Korea, which won the Best Director Award for Ju Lee-Hyoung, dealt with the thought-provoking theme of a paratrooper “excavating” the violent acts of his past during the democratic student protests in the 1980’s, and seeking answers. The screenplay of the strong movie came from the director’s mentor, the masterful filmmaker Kim ki duk. The movie that deservedly won the top award was Night Accident from Kyrgyzstan, a world premiere story centering around two characters, an old man and a young lady, who meet by accident, hardly talk to each other, but whose lives potently, almost poetically, change. 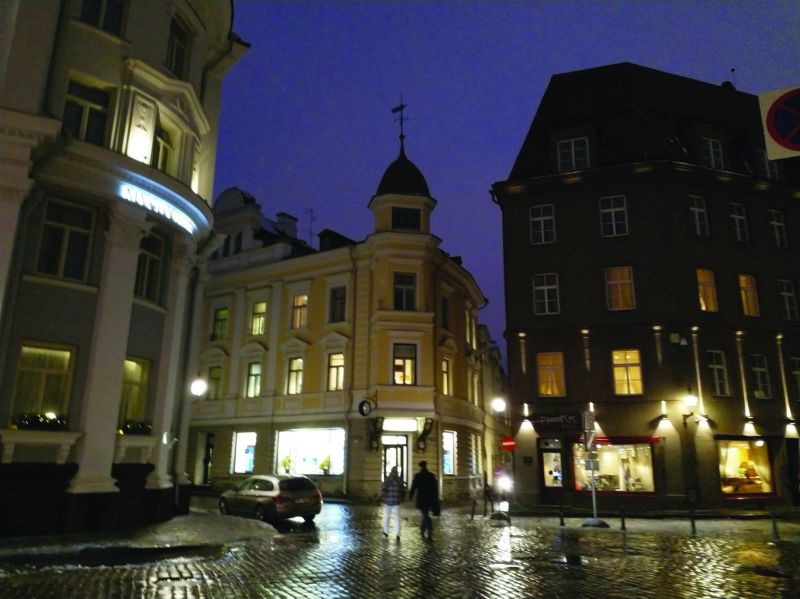 Other noteworthy “Asian” films at the festival were Pomegranate Orchard from Azerbaijan The Insult from Lebanon, The Journey from Iraq, Wajib from Palestine by the talented female director Annemarie Jacir, Our Time will come from Honkong by well-known film-maker Ann Hui. It was fascinating also to see a father-daughter duo from Korea presenting their films — the well-known film-maker Jeon Kyu-hwan with his latest movie The End, and his talented daughter Haelin Jeon with her docu-feature Better Tomorrow than Today.

Samui Song from Thailand, by noted director Penek Ruttunaruang, and Marlina, The Murderer in Four Acts, a Malaysian-Indonesian-Thai-French co-production, were genre films that stirred some interest.

It was our first exposure to Estonian films, at the festival, which included the surreal Oscar-nominee November, and the complex, multi-era drama The Manslayer/The Virgin/ The Shadow.

Festival Director Tiina Lokk admitted that Estonian films were slowly creating waves, but it was Asian Cinema, that was hogging the limelight. “They have new stories, fresh styles, which is why they are important to our festival too” she stated.

She had a close connection with India, and said she totally missed the Cinemaya Film Festival (later the Osian-Cinefan Festival) where she interacted with the best names in Asian Cinema.

Lokk admitted that her fest had come a long way since it first started nearly two decades back, when they had limited audiences and film guests.

This year they had a record audience of 80 000, and film guests numbering more than 1000, as also more than 700 attendees, at the “Industry” Baltic Summit.

She was proud that the festival was today, the biggest both in the Baltic and Scandinavian regions.

Their budget was a modest 1 million and 400,000 Euros, a third of which came from the Estonian Govt and Talinn City Council, and the rest from private sponsors like Toshiba and Elisa. An enviable public-private fund sharing, indeed.

She was most proud of her “amazing team” of nearly 500 volunteers. This writer was most impressed by this team, many of whom had done degrees in cultural management, opting to do this as their first job, before moving on to other things.

In many ways, they contributed to the holistic spirit of the festival, which included marvellous walking tours of the medieval town, as also mountain-excursions, complete with husky dogs and hot wine, dinners at many unique restaurants, including a stunning medieval one, private meals at Estonian homes, a visit to their impressive animation studios, and various other exciting activities that mede the Talinn Festival an unforgettable experience 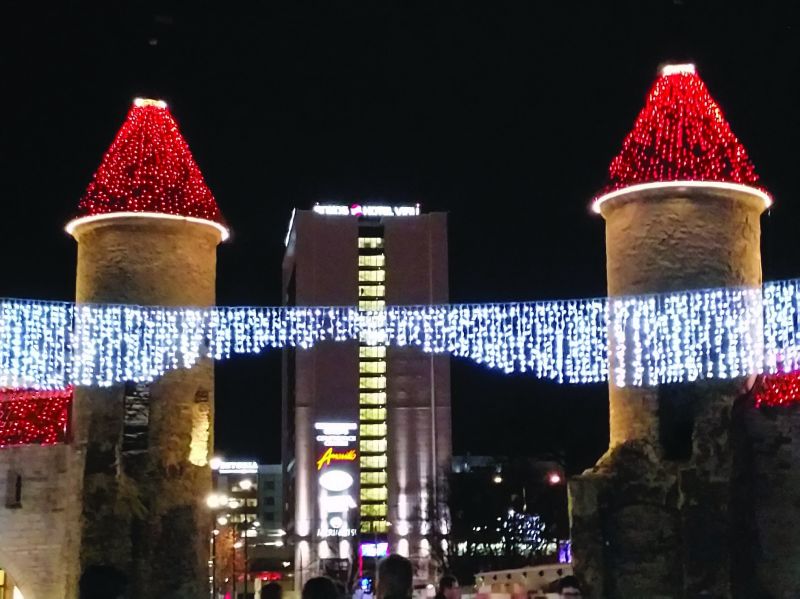 The festival director said that the team had worked hard to make it an A List festival, but was not resting on its laurels. “I’m not a sportsman, and my festival is not about records, but we have many more goals.” She informed that one of the chief aims of the festival was to “discover new talents”, and this year’s festival introduced a superlative range of new names, indeed, including in the awards-list

I could not help comparing this “small” festival with our own mega IFFI, which is now in its 48th year.

If only IFFI had a fraction of the Black Night Festival’s holistic vision, initiative, passion, they would be on another super level altogether.