Show must (virtually) go on 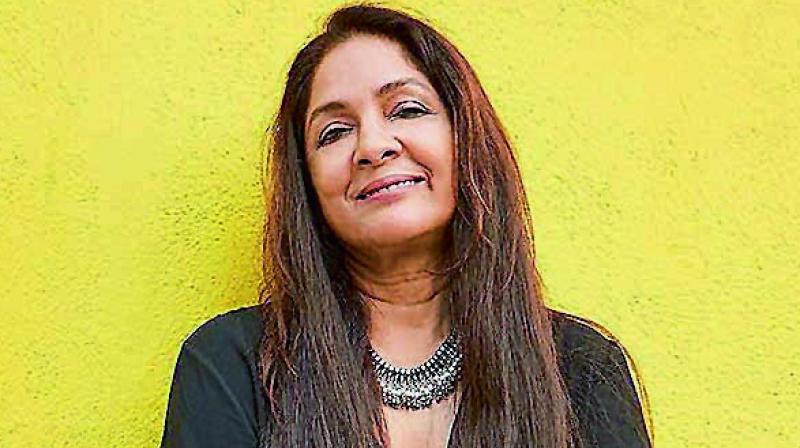 The stage is set. No, make that “A computer screen is set”, with a declaration that reads, ‘Only a small super elite group have survived the last of the great pandemic.’

This is followed by a woman applying makeup, much akin to social media influencers on their ‘how to’ videos. In the next scene, we see a girl celebrating her birthday with her faraway friends online.

The scene right after shows an actor on the screen indulging in online intimacy with his gay partner, saying, “You know, there was a time when the Government actually asked humans to specify their gender.”

That was the entire performance series titled For Tomorrow, which was conceived by Bangalore-based Anuja Ghosalkar, director of DramaQueen documentary theatre.

The series was carried out on Zoom in collaboration with two actors and two filmmakers across four cities, two continents and time zones, traversing geographies and technologies, creating brief vignettes of what future theatrical performances will look like after the COVID-19 pandemic.

For Tomorrow is Anuja’s second major online project since the lockdown began in late March. Her first was The Lonely Heart Club, in which she invites audiences to share their erotica stories, which are then read out and captured as audio files for Instagram followers and audiences.

The Lonely Heart Club, dealing with human pleasures in the form of recordings and provocative photographs, found much success among her audiences.

“It is the time to push our imagination to adjust with the new ‘normal’ post the pandemic,” explains Anuja, who believes the COVID-19-related situation is here to stay for long. To this end, Anuja states that online performances are the way forward in connecting with the audiences. “People have been using social media for everything, so it’s time to use the tool and keep the conversations going,” she says.

Performing in the new normal

Even as the lockdown starts gets lifted partially, through the uncertainties of the novel Coronavirus and protocols of social distancing etc., resuming theatre and other performances normally seems like a distant dream. And many ‘realists’ among theatre artists are certain that theatre would likely start functioning the last.

Added to the above, with no aid from the Government, many more theatre practitioners across the country, like Anuja, are now venturing online because moving to a virtual medium seems like a ray of hope for many. Seasoned theatre actors Naseeruddin Shah and wife Ratna Pathak Shah, who run a theatre group called ‘Motley’, have also found refuge in online performances.

Stating that theatres might open last in the country because it appears to be the least among the Government’s priorities, Ratna Pathak tells us that presently whatever work was being planned has come to a standstill. Then talking about the shift she and her husband have made to keep the show going, she adds,

“So, one is reading plays, looking for work, and looking for more interesting stories to tell. I am also busy doing a little bit of recording for online performances, stories and rehearsals, etc., which has been keeping us busy. We have Facebook and Instagram pages and we keep uploading stories and poems and things we read. We have been sharing that online for a couple of months now.”

Reigniting the joys of spectator experiences

For centuries, theatre has been a live art form with the live audience and for decades the performers have enjoyed the wooden stage on which they flaunt their craft, which usually gave them the sense of belonging to the art form. However, the performers strongly believe that action must not stop.

Jaipur-based performer and theatre festival organiser Abhishek Mudgal, who is currently rehearsing for a show online to be performed in the last week of July, strongly believes theatre is a live art form. However, he has also started taking online reading sessions with his group, theatre for him is also an aid to support his financial crunch.

“Till such time the theatres are closed, we can hop online to offer classes for our bread and butter, but ultimately this is a live art form,” asserts Abhishek. National School of Drama graduate Sunita Tiwari Nagpal, however, prefers to believe that virtual performances are momentary.

“This has no future. We can’t have live form on videos or live sessions. It’s like convincing yourself that you are an actor by performing online, but all that minus the fun of being on stage. Virtual shows do not bring the experience of live performance,” asserts Sunita, adding that even the prospect of teaching acting online is bizarre. “I guess we can teach theory online. But how would you teach a person online, who isn’t familiar with theatre techniques? This is very peculiar.”

However, others like Anuja vouch for her online performance experiment bringing her closer to her audiences.

“The situation is here to stay. I believe it’s time to push our boundaries and imagine new ways to connect with the audience,” she says. “We are set in conventional patterns of performances, but now we can even work with the audience and help them adapt to the new normal.”

Together in their lonely battle

No matter the perspectives of each of these entities who are braving out the situation as best as they can, the Government seems ignorant of the performing artists’ plights.

As until now, there is certainly no Government aid announced for them. In fact, several Government aids such as fellowship and scholarships to last year’s recipients have instead been blocked by the Government.

In some small cities, theatre practitioners have been individually extending support to their co-performers, but several good Samaritan celebrity theatre practitioners, including actor Anupam Kher, actresses Neena Gupta and Divya Dutta, and veteran theatre performer Makarand Deshpande, have come forward to raise funds for theatre technicians in collaboration with an OTT platform.

“I share a deep and personal connection with theatre. No theatrical production is complete without the help and presence of the technicians and support staff. Their survival is vital for our community. I would request everyone to donate generously,” says Anupam Kher, who along with co-actor Neena Gupta of their play Mera Woh Matlab Nahi Tha, have joined hands to support the cause.
Neena, too, shares her joy in being able to contribute to the cause.

“Many of the support staff and technicians are worried and helpless because of the uncertainty surrounding the reopening of theatre halls. So in many ways, I feel fortunate that I can help my theatre colleagues who are struggling to make ends meet during this tough time,” says the actress.