With a mother’s fatal illness, this series follows a family as it deals with tragedy and change. 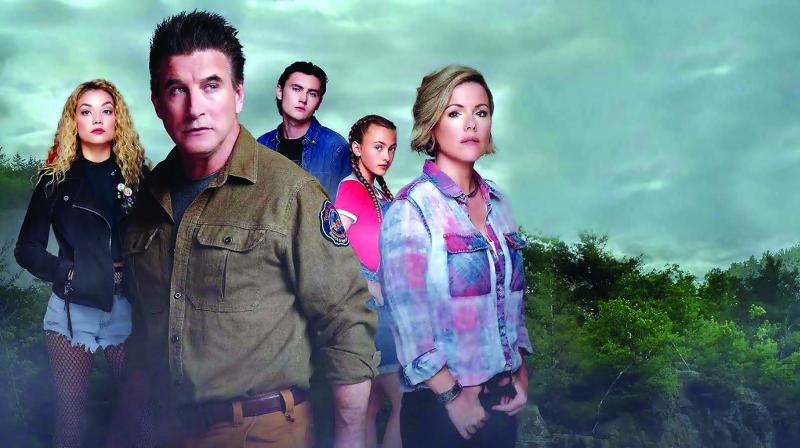 John’s professional life is also at crossroads as a promotion he aspires for as a search and rescue head (SAR) goes to a colleague.

STAR RATING:  3.5/5
MUST-WATCH: Amalia Williamson who plays Maddie, is a new face and surely a talent to watch out for. Her hospital scene with her mum Sara and her confrontation scene with her dad John West (William Badlwin) when she comes home drunk is a very realistic portrayal of a dysfunctional teen.

Northern Rescue, the 10 episode family drama on Netflix may well be a production right out of Karan Johar’s Dharma stables. The opening episode is as melodramatic as the opening scene from Kuch Kuch Hota Hai. John West, played by William Baldwin, who bears an uncanny resemblance to his brother Alec Baldwin, loses his wife Sarah (Michelle Nolden) to stage 4 Cancer. The diagnosis is sudden and she hardly has any time left. The big C has sadly become so rampant today that  anyone who has experienced a similar situation will be able to relate to this sensitive moment. The happy family comprising husband, wife and three teenagers — Maddie (Amalia Williamson) Scout (Spencer Macpherson) and Taylor (Taylor Thorne) is completely torn apart as their lives fall into shambles with their mother’s sudden death. The children deal with it in their own individualistic manner. The feisty but hot headed Maddie appears to have issues with her mother (skeletons in the closet come tumbling out gradually) and tells her ruthlessly,

“I feel sorry for you but what am I supposed to do,” expressing her confusion and conflict to her dying mother on her hospital bed.

John’s professional life is also at crossroads as a promotion he aspires for as a search and rescue head (SAR) goes to a colleague. Disappointed and disoriented, John’s life is in a flux, as be bravely tries to cope with the loss of his beloved wife and deal with three angry (sudden death leaves them in shock) and depressed teenagers. John decides to relocate his kids to his small northern hometown, Turtle Bay, much to their dismay. He also does this based on the advice given by his sister-in-law Charlie Anders (Kathleen Robertson), who offers her home to the family.

In a dramatic twist, Charlie’s home burns down in an accident just as John and his children arrive. Almost homeless, they are forced to live in an abandoned fish tank. Yes, this is rather weird — the logic being this will be their temporary home, till they find a place of their own. Which incidentally never happens till the series ends. Why can’t a SAR professional rent a home? But this gaffe aside, the plot explores the dynamics of the father and children equation. Maddie is perennially angry with her father, and ends up getting jailed twice and is forced to attend therapy after she assaults a classmate in a bloodied fight. And that’s when the secrets unfold. She knows her mother’s secret, and feels that his marriage was a farce. She is angry with her dead mother for suddenly dying and abandoning them and for cheating on her dad.

But does Sarah actually have an affair with her old schoolmate or is this Maddie’s inference from old letters? That somehow seems like a gray area even till the very end. But the drama is addictive; you do end up binge watching all 10 episodes because every episode has a dramatic twist, the return of Charlie’s lover after a five year gap, or Maddie’s identity which hits her hard in the last episode. To reveal more, would take the thrill away, so watch this series to fill in the blanks.