No space for dissent?

Going by the recent turn of events, even festivals seem to be having an issue with the content that is screened. 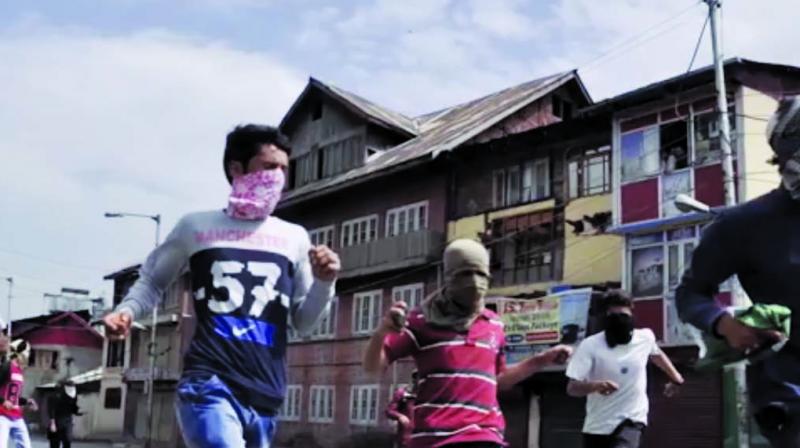 “Documentary film is extremely political,” says 27-year-old Kathu Lukose. Kathu is one of the filmmakers whose film has been banned from screening at the festival.

It’s not just censorship by the Central Board of Film Certification (CBFC) that’s proving to be a problem for filmmakers. Going by the recent turn of events, even festivals seem to be having an issue with the content that is screened.

Recently, three documentaries based on the unrest in Kashmir, the suicide of Rohith Vemula and the 2016 JNU protests, were denied permission to be screened at the upcoming International Documentary and Short Film Festival of Kerala. The Information and Broadcasting Ministry denied permission without citing specific reasons. At a time when cinema is often looked at, as a medium for dissent, is it slowly disintegrating and losing its voice of opposition and relevance to society?

“Documentary film is extremely political,” says 27-year-old Kathu Lukose. Kathu is one of the filmmakers whose film has been banned from screening at the festival.

Kathu’s project, March, March, March is a documentary that she shot on Jawaharlal Nehru University campus during the protests in 2015. “I was studying at the School of Arts and Aesthetics then,” she adds. Not one to back down, Kathu approached the court on Wednesday. “I am not surprised considering the kind of times we are living in — there’s been attack on academic institutions. But it seems they are somehow uncomfortable with the voice of students,” she says. 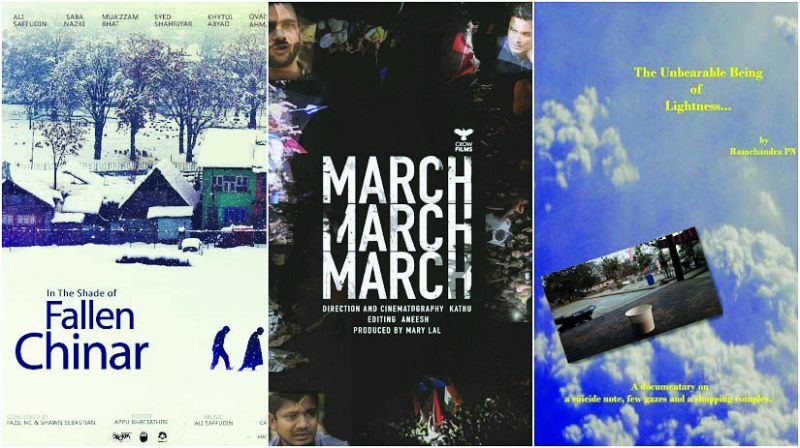 Filmmaker Shawn Sebastian’s documentary, In the Shade of Fallen Chinar, which was also to be screened at the festival, presents the lives of a group of young Kashmir artists who are also students. “We started shooting the film in June 2016 in Kashmir University in Srinagar. We wanted to show  audiences the life of a student in a turbulent state like Kashmir,” says Shawn. The third film Unbearable Being of Lightness by Ramchandra PN is shot in the backdrop of University of Hyderabad PhD scholar Rohith Vemula’s suicide.

“We weren’t prepared for something like this to happen. They haven’t even given us a reason for stalling our film in this way,” says Shawn. “What’s surprising,” he adds, “is that the Kerala Film Festival is one of the best documentary film festivals of the country — it has a culture and has a history of giving such documentaries a platform. And them not allowing us to broadcast our documentary is unexpected and shocking.”

The past few years have seen a constant struggle between filmmakers and the CBFC with regard to avant-garde content. Now with attempts to stifle the voice of dissent even through documentary films, will cinema lose its vigour, we ask. On the contrary, “these efforts are turning counter-productive,” says documentary filmmaker and professor Anjali Monteiro. “There has definitely been an attempt to stifle freedom of thought. But this attempt is a doomed enterprise,” she adds.

Avinash Das, director of Anaarkali of Aarah is quick to add that such developments will only urge filmmakers to speak up on such narratives. “The ministry thinks that curbing one documentary on Rohit Vemula will shut the subject, but instead they will be giving birth to 50 more documentaries on the same topic. They are trying to curb the anti-state narrative, but it will not just strive but flourish under this pressure.”

In the age of Internet, censorship is a toothless tiger thinks Anjali. “The project to censor inconvenient voices gives much more publicity to works which people otherwise wouldn’t have heard of. This brings more people to watch these films — as an act of curiosity and as an act of rebellion,” says Anjali.