The show is based on the tension between actresses Joan Crawford and Bette Davis. 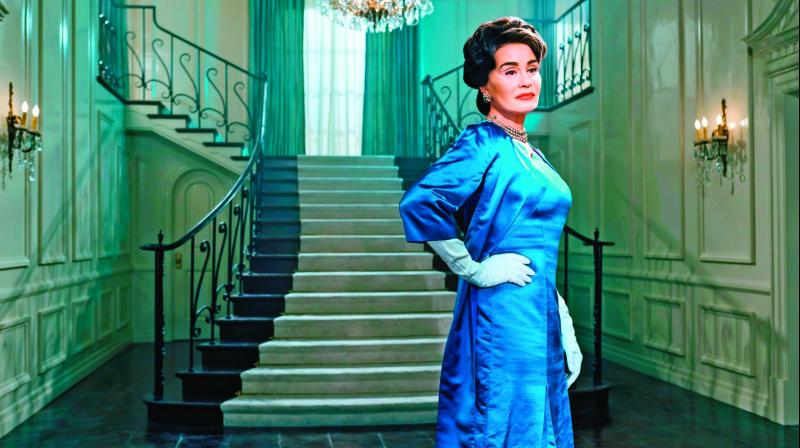 With her award-winning performances, American actress Jessica Lange has received wide acclaim for her work in theatre, film and television. With two Academy Awards, three Emmy Awards and so many more laurels to her credit, Jessica’s latest role as one of  Hollywood’s biggest stars, Joan Crawford, in the anthology series, Feud, is winning her much-deserved praise. The show is based on the tension between actresses Joan Crawford and Bette Davis. In this interview, Jessica talks about enacting Joan, patriarchy in the film industries, growth of roles for female actors and more.

What was the appeal to you of this show?
You were sort of diving in for a standing start, really. I had just come off of a long run of a play, Long Day’s Journey into Night, so Feud wasn’t something that I started preparing months ahead of time, I just arrived on set and dove right in. I said to Ryan, “I don’t know what I’m doing. I don’t know who Joan Crawford is.”

But once I started researching her, I found my way in and then she became really fascinating to me because there are so many facets to her that I think people don’t really see, because she’s always very guarded. There’s this armour, this creation of Joan Crawford. And I’d hear people who knew her say that she never walked into a room without saying, “Hello, I’m Joan Crawford.” But that was her life’s investment and she cherished it, and guarded it like a mother bear.

Did you have any reservations playing someone who has got such a reputation, such a body of work and is such an icon?
No, because I’ve done that a couple other times; I’ve done three other biographies.  Maybe none quite as universally known as Joan Crawford, but the thing I took comfort in is the fact that who really knew Joan Crawford?  So, when I finally found my way in, which is, like I said, through her past, then I found the emotional core and from that I was able to tackle it.

How has it been for you, making the transition into television? Of disappearing and being seen as less visible..
The difficulty for Joan, who was known as a great beauty, is that beauty in this culture is equated with youth. In this culture, you’re not considered beautiful if you’re fifty or older, and you hear comments about how beautiful a woman must have been when she was younger.

But it’s only women. We don’t have that problem with men...
No. Because we live in a white patriarchy. A patriarchal society, so it’s always in their favor. Always.

Do you think that television has, and especially the growth of cable and streaming services, has been a real boom particularly for women in terms of roles?
Oh, absolutely, without a doubt.  Twenty years ago it was kind of a stigma to do television — you were either a film actor or a television actor. Now there’s no border anymore which is great because that’s the way it’s always been in England.
(Watch Feud on Star World Premiere HD every Sunday 9 pm)