Squashing patriarchy, one gaana at a time

We talk to the winners of the Gaana Rewrite campaign, who rejigged the lyrics of B’wood songs to take on misogyny. 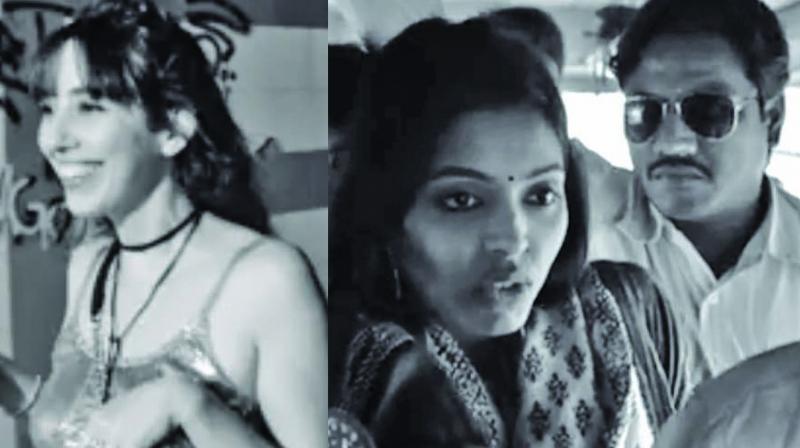 Screengrabs from the video

In December, Akshara Centre, an NGO working towards women’s rights, launched a campaign inviting entries to redraft sexist Bollywood numbers. In its first campaign, they received about 150 entries, out of which 11 songs were short-listed. Dr Manisha Gupte’s rework of the 1962 classic, Na Jao Saiyan won the competition, while the reworking of Tu Mere Agal Bagal Hai and Laila O Laila tied for first runner up place in the competition.

“Our criteria were to look for songs that were positively empowering towards women. Next, the song’s meter and rhythm too was a must,” explains Snehal Velkar, co-ordinator for Akshara Centre, about the thought behind the campaign. She adds, “While we received a few entries with just 4 rewritten lines, the eventual winner’s effort was perfect.”

Dr Manisha chose equal right for women as the motive behind her reworked lyrics. The rewritten song goes something like, “Naa maanu bhaiyaa pado bhi paiyaan; kasam tumhari, main toh ladungi, main ladungi. (I won’t agree, no matter how much you beg. I swear, I’ll fight)” With the intention to get focus on equal property rights for women, Dr Manisha urges that it is important to treat every woman’s related issue in the same way. “Sure, sexual innuendoes are objectionable, but sex isn’t a dirty word. The intent from these songs need to be reinvented,” she explains, talking about the reason behind working with Na Jao Saiyan.

Sadaf Vidha, who worked on the reworked spin, Tu Mere Agal Bagal Hai (Khaali Peeli) from the Shahid Kapoor and Sonakshi Sinha starrer Phata Poster Nikhla Hero, was clear about the song she wanted to rework this song ever since she heard about the competition. “I had previously listened to few snatches of the song on television, but I didn’t take it seriously till I heard the song on YouTube,” groans Sadaf, adding that she was appalled with the brazen and crass attempt at wooing the leading lady, Sonakshi in this case. “If you have watched the film, it goes on to show Shahid’s character to be a good man. Here, when you show the hero, the good man, telling the lady to be okay when he stalks her, it is normalising the act,” she declares.

Dr Manisha too has a problem with the tone of the classic Na Jao Saiyan Chhuda Ke Baiyan. “If you listen to the song particularly, it talks about how Meena Kumari’s character will turn into a ‘bad’ woman if the husband leaves her for another woman. This victimhood will change only if women take the narrative in their hands. Unfortunately, as a society, we are so seeped into patriarchy, that we have to fight even over what is rightfully ours,” explains Dr Manisha.

To that end, Akshara Centre has also teamed with an ad agency to create six videos with recreated lyrics to drive the conversation. These videos have been increasingly shared across social media. Each video presents a single young woman performing the redone lyrics, while questioning everyday sexism. “What I like about these videos is that it is addressing women’s safety without treating men as the culprit,” states Snehal.

The co-ordinator says she isn’t letting the conversation end any time soon. Next, Snehal has approached Bollywood celebrities to lend a voice to the campaign. “We want to make sure that our dialogue continues to be relevant. Hopefully, this cause finds a resonance among everybody,” she concludes.