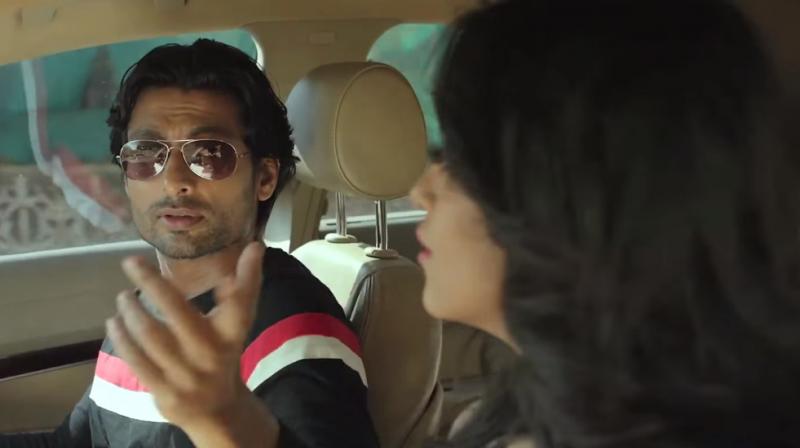 How far can one go to find inner peace? Many have dreams to come to Mumbai and be a superstar but what happens to those who fail to achieve anything in this ruthless glamour industry? BA Pass 2, that is directed by popular model turned director Shadab Khan, is about one such girl from Bhopal. However, Narendra Singh has produced the second instalment too under the banner of Filmy Box productions. Earlier titled as MA Pass, the film not only faced a legal battle with the CBFC because of its title, but also generated a lot of anticipation among the viewers since BA Pass (2012) was a sleeper hit.

Neha (Kritika Sachdeva) leaves her parents' house in Bhopal against their will and move to Mumbai. With writing as a hobby, Neha never really aspires to take up acting as her profession. She meets an estate agent Vijay (Sasho) who takes care of her and helps her with industry contacts too. Her life changes when she becomes the face of several brands overnight. In the meantime, she meets a businessman Ritesh (Indraneil Sengupta) who is willing to produce a small budget film with Neha and soon after signs her. She falls for him while being oblivious to the fact that he is a married man with a kid. Things become worse for her when she faces professional rejections. She goes into depression and what happens next is what BA Pass is all about.

Director Madhur Bhandarkar had vividly shown the showbiz business in his films Page 3, Fashion and Heroine. There’s nothing much to explore about this dark and dirty world but BA Pass 2 stands out in a lot of aspects. The plot of the film is quite refreshing but the first half of the film is slightly sloppy. One could easily be bored but the film picks up in the second half with a bang which makes it an interesting watch. Popular model Shadab Khan who has been a face of top brands for a decade has donned the director’s hat with this film. He has not only written it well but also executed it nicely. Despite being a film with no known lead faces, it manages to hold you till the climax. The anti-climax of the film is the most entertaining part.

After CBFC gave the film an A-certificate and considering BA Pass was an adult drama, surprisingly this one lacks on sexual content as was implied, which might disappoint the viewers who were expecting a titillating affair. But going against the audience’s sensibilities for a film like this, its extraordinary storyline doesn’t even demand erotic scenes, not even to promote the film. Few characters are flawed, especially the girl who played Manorama. She is portrayed as a lustful and lousy model coordinator in the beginning but she turns out to be a goody chic ultimately. The film is questionable with its production value, though, as the low budget shows on screen.

Kritika Sachdeva, who plays Neha, is good but not satisfying. Her dialogue delivery is not up to the mark. Her journey as Neha has a recall value but not her. Indraneil Sengupta is seen on the big screen after long. He is still being remembered for his grey role in Vidya Balan’s Kahaani, where he played a character named Milind Damji. He is good in this one, looking suave and eloquent. Sasho is good as an estate agent.

The film is shot on real locations and hence looks visually appealing, especially the love making song of Neha and Ritesh. Overall, BA Pass 2 is a good watch with an interesting premise.