Will Aladdin get whitewashed?

Reportedly over 2,000 actors have already auditioned to play the lead roles of Aladdin and Princess Jasmine. 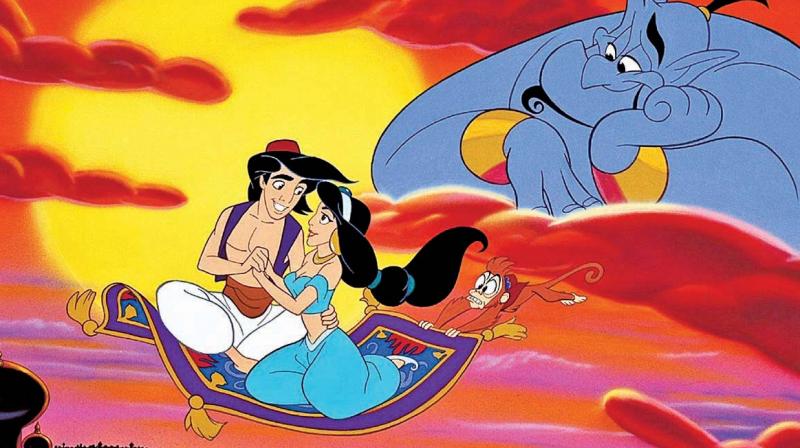 As the casting woes of Disney’s Aladdin, the live action movie, continue, we talk to actors and directors on the importance of casting according to ethnicties.

Disney is all set to reboot one of its most successful stories, Aladdin, with a live action set up this time round. With an exotic princess, a poor nobody who dares to dream big, a genie and a magic carpet, the movie is already filled to the brim with ingredients for a sure shot success.

However, given that the movie is based in a Middle Eastern setting, the studio has set out to cast actors from Asia and the Indian subcontinent in particular, meeting with little success so far. Reportedly over 2,000 actors have already auditioned to play the lead roles of Aladdin and Princess Jasmine, with names like Dev Patel and Riz Ahmed cropping up from time to time. But no decision seems to have been taken just yet.

Social media users have now jumped onto the bandwagon, questioning why it’s taken so long to zero down on actors, despite the thriving Indian film industry being at the studios disposal. It’s also made a lot of people wonder if they will actually end up whitewashing the movie.

Filmmaker Bejoy Nambiar sighs as he says that he would actually understand if the studio didn’t end up casting in line with the ethnicity of the characters. “It’s true that it would be the best if they would take ethnicity into account, casting an Indian in Indian roles, a Middle Eastern in the role of a Middle Eastern and so on,” he explains. “But we live in a world of studios, and ultimately, the call is not the director’s or the casting director’s alone — it also largely lies with the producers and other bodies.”

While the hunt for the lead pair is still on, Hollywood actor Tom Hardy’s name is being tossed around to play the part of Jafar, the antagonist. “Tom is a great actor, but he’s so not a match for the authenticity of the role,” smiles Roger Narayan, who has been part of movies like The Man Who Knew Infinity and Hola Venky! “We have the classically romantic memories of Jafar from the comics and books. He wasn’t white, right?”

It’s a sign of the times, Roger believes, adding that this may not have been too much of an issue previously. “Usually, in my experience, these things used to ‘blow over.’ But now, everyone is taking notice. Sadly, my suspicion is that nothing will change. But I do respect the creative choices of the studio and director.”

Closer home in Bollywood, not too long ago, director Omung Kumar too had come under fire for ‘whitewashing’ the character of Mary Kom in her biopic. But Omung still sticks by his decision. “When I cast Priyanka in Mary Kom, people did bring up the question of why we didn’t cast a Manipuri girl in the role,” he says. “For that matter, I didn’t cast a Manipuri man for the role of Mary’s husband either. Darshan Kumaar was a Haryanvi. However, he played the part convincingly, and so did Priyanka. Ultimately that’s what matters.”

Casting cannot be bound just by ethnicity, is what the directors are in consensus about. “Hollywood doesn’t face flak for casting all the time,” adds Bejoy. “Sometimes even a white man plays the role of someone from a different ethnicity, the movie works. Just take Ben Kingsley in Gandhi for instance. He played the role convincingly and brilliantly.”

And when it comes to wearing their casting hats and making a choice from Bollywood, both Omung and Bejoy know who their Aladdin is. “Varun Dhawan or Ranbir Kapoor,” they chorus.