A dearth of designers

Since theatre activity was sporadic and also cash-strapped, designers find it virtually impossible to make a living off of it. 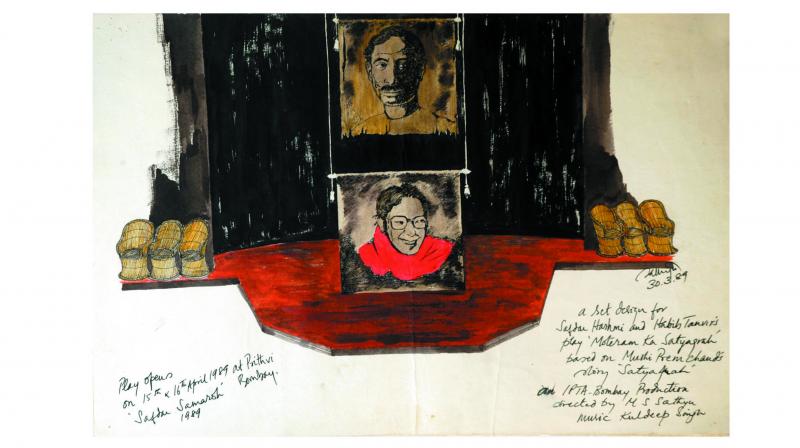 There is no question that theatre in Bombay is thriving; particularly in the traditionally less prolific areas of Hindi & English non-commercial theatre. The emergence of numerous small ‘alternative’ spaces (40 – 100 seaters) has helped usher in this new wave of theatrical productivity. Audiences can now choose from at least six shows on any weekday, and from more than a dozen on the weekend. While this burst of activity has been vital in showcasing many actors, writers, and directors, it has begun to place an undue strain on the existing coterie of designers.

Designers in theatre have always been a rare breed, irrespective of the department: lighting, sound, set, or costume. Since there is no course in lighting design for theatre, most of these designers have learned on the job and made the transition from operator to designer through trial and error. However, today Bombay theatre can boast of a relatively healthy gang of lighting designers. The same, unfortunately, cannot be said for costume and set.

Since theatre activity was sporadic and also cash-strapped, designers find it virtually impossible to make a living off of it. Therefore they are distracted by the lucre of film or advertising. Some designers, such as the legendary M.S. Sathyu, balance one world with the other, by subsidising their theatre work with their cinema work. Similarly, recent designers like Teddy Maurya and Fali Unwala, remain active in theatre, but perhaps not as prolific as they would have liked due to film commitments.

Since financial opportunities are limited, design courses barely include a module on theatre. And even if they do, it is only in passing. The result is students are not being exposed to designing for live performance; so either they don’t know about the medium, or don’t have the skills to design for it. Many cinema designers dabble in theatre, completely unaware of challenges that they might encounter. The assumption is that the rules are the same, but the practicalities are often quite different.

While the camera controls what the audience sees in film, the entire set or costume is on display in theatre. So costume designers who get away with safety pinning the back of an ill fitting costume for a ‘shot’, often struggle to come to terms with the fact that the outfit must be completely fitted, beautiful AND practical. A few years ago, while working on a play, we marvelled at the detailing in the bead work on the dancers costumes. The designer had a long collection of film work behind her, and therefore natura

lly took great pains in ensuring the clothes looked fantastic up close. However, two major problems occurred almost immediately. During the first performance, the stitching came undone and the strewn beads converted the stage into a skating rink. This threw the choreography off, and one of the beads even pierced a dancer’s foot. Also, costumes for cinema are usually used for one or two days before being discarded. They are not meant to be durable. In theatre, actors wear the same outfits night after night. So by the second week of performances the resplendent outfits began to wear a slightly frayed look.

Another reason why designers find it hard to work in theatre is because it is a time-intensive process. I recently listened to a radio interview of Manish Malhotra, where he claimed to have ‘revolutionised’ the film industry by reading the script first and then designing costumes. This was a ridiculous notion for us in theatre, because the script IS the starting point for everything. In cinema, television and

advertising designers tend to work in a vacuum. The designs are created first and then the actors are placed in or on them. Theatre works very differently. The actor is an integral part of the exercise. Rehearsals are vitally important, since the same scene is visited again and again until it is perfected; across six to eight weeks. Therefore the actors and their movements and use of space also inspire the designers of both costumes and set. Often actors and designers enrich each other’s process. The world of the play reveals itself through rehearsal. It’s akin to the creation of a painting, which evolves over time.

Each day a new layer is added, a colour is tried, etc. Therefore theatre designers need to have patience, and a greater sense of collaboration with all the stake holders of the piece. Unlike the ‘glamour’ industries, theatre designs are often grungy and there use is what makes them magical. In Gaab Kahani for instance, Isha Ahluwalia’s costumes transported us to a strange and fantastical land. The choices were stylised rather than realistic, but rather than taking away from the narrative, they added to it. Little dabs of colour distinguished the two armies, and extensions to the sleeves allowed us to imagine the ears of the elephant. This was more powerful than had it been an ‘elephant costume’.

As more and more productions are mounted each year, it is only a matter of time (and necessity) that newer theatre designers will appear. Familiar names such Dhanendra Kawade, Vivek Jadhav, Meenal Agarwal, and Salim Arif are likely to be joined by many more. Let’s hope this happens sooner rather than later, because only then will we have a truly flourishing theatre scene.

Quasar Thakore Padamsee is a Bombay based theatre-holic. He works primarily as a theatre-director for arts management company QTP, who also
manage the youth theatre movement Thespo.