Lokesh Verma is a renowned tattoo artist of Asia and a record holder in the Guinness Book of World Records. 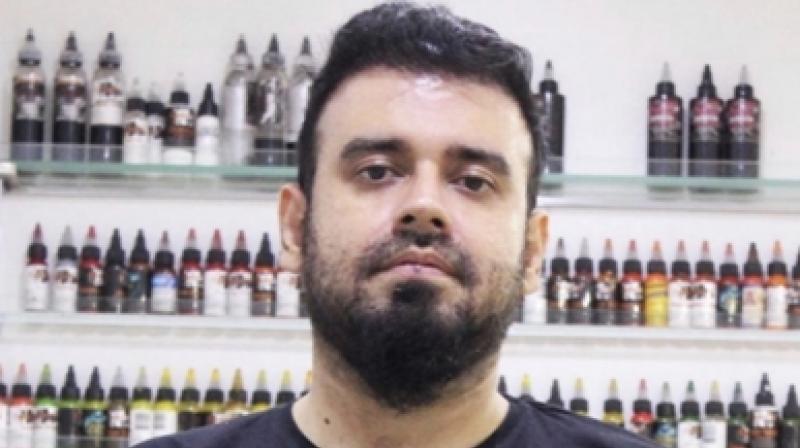 Lokesh Verma is a renowned tattoo artist of Asia and a record holder in the Guinness Book of World Records. He is the first person from Asia to address at the very first University of tattooing and fine arts “Academie Tie Polo, Italy.”

Lokesh is one of those enigmatic personalities who believe in enhancing the art rather than just figuring out a way to make money from it. He embraces his work, and his designs hold an essence which is beyond describable.

While pursuing graduation, Lokesh used to do alternatives jobs so that he could pay his fees. In fact, he started working the very next day he finished his 12th standard exams.

From distributing pamphlets, door-to-door selling to flipping burgers and mopping floors in McDonald’s, Lokesh never stopped for a while. When Lokesh enrolled in full-time MBA, he was doing three jobs at a time and during that time, he also started tattooing on weekends.

What started as an extension of his hobby at an imbecile age of six, later turned out to be his passion. When Lokesh found himself keenly drawn to the tattoo art, he collected a few thousand rupees and borrowed some from his parents to buy a tattoo machine.

“My father never held me back from experimenting. He always supported me and boosted my morale in whatever I chose to do," says Lokesh.

Lokesh was so riveted by tattooing that in the beginning, he was designing tattoos on his friends for free. However, there came a time he began to run out of supplies and everything was imported and expensive, he started charging people a nominal amount to meet the expenses. As his art progressed, friends of friends and acquaintances began to line up to get tattooed. In the year 2003, as there were hardly any professional tattoo studios in Delhi and people really appreciated his work.

Lokesh started his work from his best friend’s house, and, now, he owns two studios where artists explore their art. Apart from progressing himself, he ensured to promote and teach those who are inclined towards this field. Lokesh is very particular about hygiene and makes sure European standards are followed across his studios to avoid any type of contamination or infection.

Due to his incredible industry-knowledge and continuous efforts, Lokesh has been invited to work with various famous studios in the USA. He extensively travels to Europe and USA every year to learn and perfect his art in some of the top-rated studios like Paul Booth’s - Last rites tattoo gallery NYC, Nikko Hurtsdo’s - Black Anchor tattoo, Hollywood, California, Off the Map, Massachusetts, Tommy Lee’s - Monsters, etc. To add to the glory, Lokesh has invited to one of the biggest tattoo clothing brands Sullen TV to do a shoot.

He is also the first artist in India to start coloured realism and portraits style of tattooing that is mastered by only a few people. Lokesh is a self-taught artist. He has worked in 15 countries to date and has gained immense knowledge of different styles of art. Today he has a team of 13 brilliant artists who not only learn from each other but are also, growing happily.

To quote Lokesh, “It is just the beginning of many more decades to come.”