At the trailer launch of Saaho, the Bahubali actor was visibly uncomfortable while fielding questions from the media. 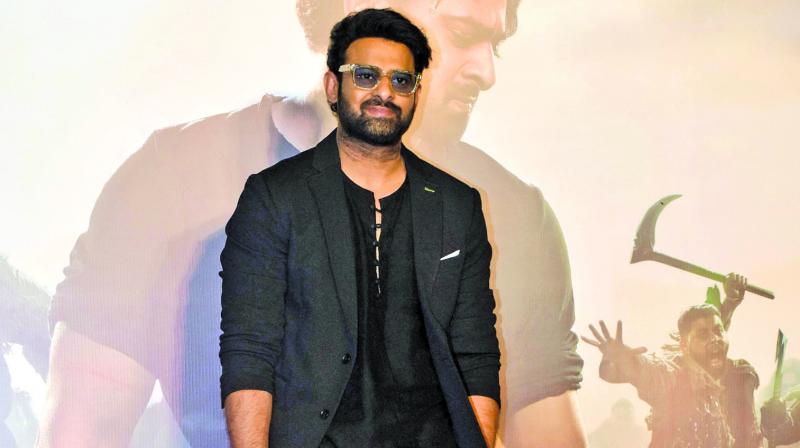 Telugu superstar Prabhas, like Tamil cinema’s Rajinikanth, Ajith and Vijay, is not happy with doing media interaction to promote his film. Given a choice, Prabhas would rather let his work speak for him. But here’s the thing. He has no choice with Saaho. The actor who rose to fame across the world with his mega-hit franchise Bahubali, is still very shy when it comes to chatting up.

It was very clear from the moment he landed in Mumbai that Prabhas was not very comfortable with his media interactions. When the Saaho trailer was released, Prabhas could be seen mumbling to his team members nervously. When he was asked if his entry in Bollywood will give Khans competition, all he did says was, “Thank you…Mam. Can I leave now?”

A source close to Prabhas says, “He doesn’t enjoy giving press interviews. In fact like two other Southern superstars Ajith and Vijay, Prabhas is seriously thinking of a no-interview policy.”

This embargo would have to wait till after Saaho. Says a source close to the project, “Prabhas has no choice but to interact with the media until the release of Saaho. Too much is at stake. The film is releasing in four Indian languages: Hindi, Telugu, Tamil and Kannada and would eventually be released in non-Indian languages as well. Prabhas is the face of Saaho. He cannot afford to act reclusive.”

Incidentally two of the most reclusive stars of Hollywood Brad Pitt and Leonardo DiCaprio have been seen everywhere promoting their new film Once Upon A Time In Hollywood. Prabhas would just have to grin and bear it.

Sources also reveal that the onus of promoting the film has now fallen on his co-star Shraddha Kapoor. “He may be the main protagonist of Saaho but now, Shraddha has to take over the promotions as getting Prabhas to promote the film is turning out to be challenging.”