Nuanced performances and a strong storyline of The Railway Man, a 2013 film about the war crimes of World War II, still finds resonance among viewers. 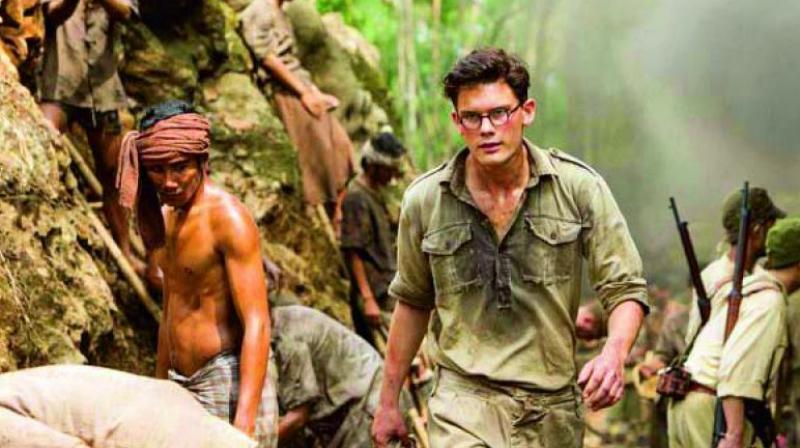 A scene from The Railway Man
Rating:

The Railway Man is one of those intense post-war dramas that compels you to introspect on the futility of war and its deep-rooted impact on soldiers. The movie, which is based on the book by the same name by Eric Lomax, goes back and forth in time between World War 2 and its aftermath. Eric is captured by the Japanese in Singapore, from where he,
along with his comrades, is taken to a Japanese camp in Thailand, where they are part of a work crew building parts of the Burma-Siam railway.

There, he is mercilessly tortured by a Japanese officer on grounds of being a spy. His only crime being that he built and used a British broadcast receiver to keep abreast of news in his own country. Unfortunately, the Japanese are unconvinced and believe he is trading information with the Chinese by using this device as a transmitter. Eric is simply unable to overcome the mental trauma years after the war ceases.

One can’t think of a better actor than Colin Firth to reprise the role of Eric Lomax. Colin, is an underrated actor, who may not have the dashing looks of his peers George Clooney, Hugh Grant or Tom Cruise, but towers above them when it comes to his performances. The scene where he finds himself lying on the floor of his home in devastation is simply heart-breaking. It is here that he has another nightmare from his past, where he relives the horrific incidents of his torturous war experience. The young Lomax is played adeptly by Jeremy Irvine, who conveys the terror of bravely withstanding the wooden lashings and the water-boarding as he continues to stand by his innocence.

This is a dark and semi-gory drama, with elements of romance. There are some fine moments between Eric and Pattie, his wife, played sensitively by Nicole Kidman, who is not afraid to go completely de-glam for the role, letting the very real laughter lines and wrinkles show. One particular dialogue between them underlines not just the dynamics of the relationship between this couple, but also how deep-rooted the psychological trauma of war is. Nicole provides the perfect foil to Colin’s angst-ridden enactment.

Eric: When there is man, there is war

Pattie: And where there is war, there are nurses like me to put men back together

Eric: I don’t think I can be put back together

Pattie: We can try to do it… together.

It is Pattie who helps her husband reluctantly confront the parts of his past that he has blacked out but is still so tormented by. Colluding with her, his best friend Finlay finds out that their oppressor, Takashi Nagase, is still alive and he lets Lomax know this. But it’s only when Finlay commits suicide that Lomax finally decides to visit Thailand to face Nagase. The confrontation scenes between Eric and Nagase, could have well gone over the top but credit for much-needed restraint is due to the director Jonathan Teplitsky, who has turned this into a sensitively and finely nuanced act by Colin and Hiroyuki Sanada. As Nagase, Sanada conveys a variety of expressions from guilt to a deep sense of loss and emptiness even as he seems to be impassive to Eric’s tough questioning.

The climax, where Lomax finally chooses to let go and forgive his captor is deeply touching, when a grateful Nagase breaks down in relief in his arms. The futility of war and how it destroys the lives of those who survive its brutal horrors is brilliantly depicted in this slow but fascinating film.