India to host Theatre Olympics for the first time

The Theatre Olympics will be organised by National School of Drama, under the aegis of Union ministry of culture. 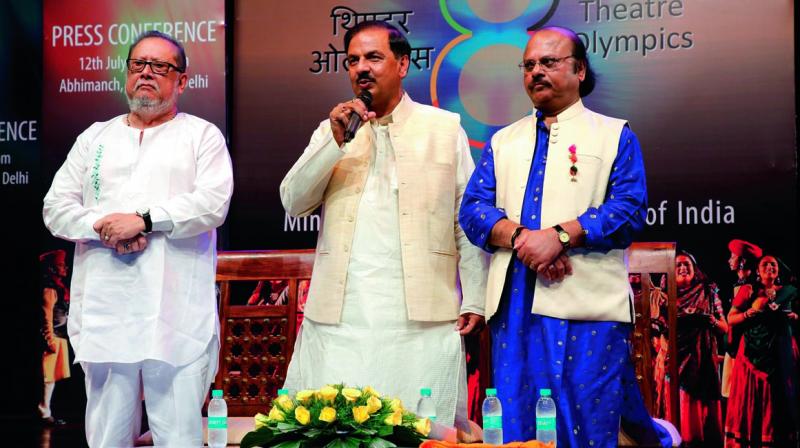 For the first time, India is all set to host the next edition of the prestigious Theatre Olympics. Established in 1993, the Theatre Olympics is an international theatre festival, presenting the finest productions of well-known theatre practitioners from around the world.

The Theatre Olympics will be organised by National School of Drama, under the aegis of Union ministry of culture. It will kick off on February 17 next year in Delhi and conclude on April 8 in Mumbai. About 500 plays will be staged across 15 cities in the mega festival.

In addition, there will be ambience performances with allied activities like exhibitions, seminars, interactive discussions and workshops with well-known academicians, authors and artists.

The announcement was made on Wednesday evening at NSD by Mahesh Sharma, Union minister of state (Independent Charge) for Tourism & Culture along with Ratan Thiyam, Chairperson, NSD Society and Waman Kendre, Director, National School of Drama.

The Theatre Olympics 2018 will be the 8th edition of the event. The Olympics will merge with the Bharat Rang Mahotsav, NSD’s annual theatre fest. The theme of the Olympics is Flag of Friendship. The process of selecting the plays is in process.