With online frauds on a rise, those looking for love on matrimonial sites run a risk of not just heartbreak, but also of getting scammed. 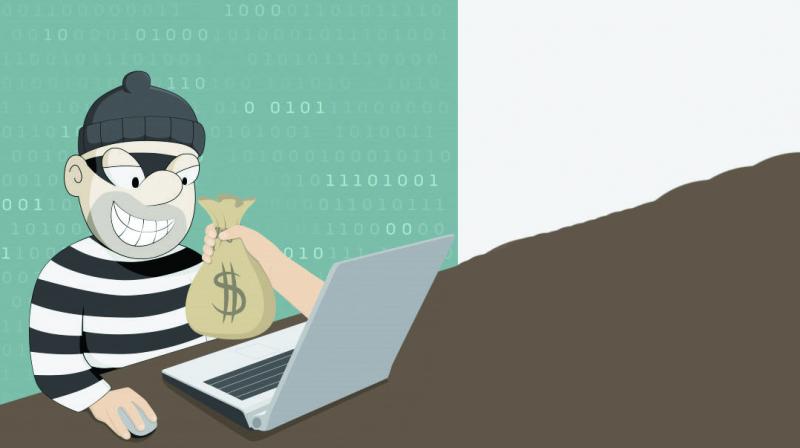 Despite repeated requests, the matrimonial sites are yet to come up with an action plan for such fake profiles.

Last year, Sarika Joshi’s (name changed) family decided to create her profile on a matrimonial site with a hope of finding a suitable match for the 40-year-old. After rejecting multiple proposals, Sarika’s brother Manish accepted a 40-year-old NRI’s request who, according to the profile, was a doctor in the UK. Manish vaguely remembers his last name as Mr Pandey looking for an Indian girl. Next few months were like a fairytale for Sarika. For her, it was all about being with the man of her dreams as he would regularly call her and inform her about his plans. Sarika was happy to see his potential partner travelling for his work to different countries and working hard to earn money and settle in India before they tie the knot.  But, within six months, Sarika’s dreams were crushed when she realised his actual intentions. He asked her for Rs 2.5 lakhs upon landing at Mumbai airport saying that the customs authorities have withheld his entire money. “He told us that he has saved four crores and will be shifting to India but as soon as he asked for money, we suspected a fraud. We did some online investigation and learnt that he was from Pakistan,” informs Manish. He also recalls that the man was apprehensive about sharing details of his travel and would often call from unidentified numbers.

The incident has shaken Sarika, not just mentally but also emotionally. She didn’t lodge any complaint against the man but took the event as a learning. “My sister is strong although she is now apprehensive about putting her faith in someone she meets online,” informs Manish. He also suggests from his experiences that one needs to be extra cautious on financial matters and it is good to listen to the family rather getting tempted by their profiles stating them NRI, affluent and businessman etc. “If someone is rich then why would he ask for money? And, if the person is interested in finding a soul partner then money shouldn’t matter,” asserts Manish.

Sarika is among the hundreds who have fallen prey to an online fraud on matrimonial sites. The modus operandi of the conmen is, in fact, on similar lines. First they establish trust through mail and online chats. Once they have the woman in confidence, their story is about how they were detained at the customs for foreign goods and need money to clear it.  At times, they take a slightly different route and ‘need’ money for a close friend who has met with an accident. A few days ago, a 30-year-old divorcee was duped of Rs 17 lakhs by a conman who she met on such a matrimonial site. After a few months of online courtship, the man requested for money saying that his bank account had been suspended and he needed around Rs nine lakhs.  “He kept asking her for money on some pretext till last month when he deactivated his number,” said a police official.

Despite repeated requests, the matrimonial sites are yet to come up with an action plan for such fake profiles. It is thus advised to be vigilant and take basic security measures to avoid being tricked. “In case of any doubt, ask the person directly. Failure to provide a clear answer is usually the first warning, so it is good to block such individuals immediately and move ahead,” says Saurabh Goswami, the founder of Ultra Rich Match matrimonial website and digital app. While it is important to trust personal gut feelings, it is also suggested to choose trustworthy matrimonial sites and do a thorough background check for which the experts in the know advocate paid membership. “Common swindlers are usually never the ones to go for paid membership,” adds Saurabh. In the process, one might feel that such steps may hurt the potential partner’s feelings, but it’s always better to be safe than sorry.

Unlike Sarika, Gurugram based young entrepreneur Richa Sharma (name changed) is an exception when it comes to reporting the incident to police. She lodged a complaint against the imposter. In this case, it was Richa’s mother who was looking for a perfect match for her 30 year-old-girl. But, in the process, the family lost almost Rs 75,000.  According to Richa, the guy informed them that he was working in the USA for an IT firm. However, she later found out that the man merely worked for a third-party vendor  in that USA based company in India. “He asked me to give some money to his friend in need in the city and said that he’ll transfer that amount to my account. I did the same but didn’t receive the money back even in the next few days,” says Richa. Fortunately, Richa recovered the lost money but not Rs 25,000 that she spent on his family’s lunch at a posh food joint in Gurugram.

Cyber cell advisor Pawan Duggal suggests that matrimonial sites should make their products more authentic and not let people register on their face value because too much of false and inaccurate content is updated online deliberately. “They also say that they are not accountable for the authenticity of the content. I can’t absorb that. If they play the intermediate for information, then they have to exercise charges and obligations under the law. They are merely doing lip service,” asserts Pawan, suggesting that people should also not take things for granted and check the authenticity of the content and information for their future life. “People should use the Internet as a source of unverified information. If you take this precautions then the chances of you being caught by false profiles are less,” he suggests.

For the last two decades, the popular saying of marriages made in heaven has been replaced by marriages are made online owing to the rise in the number of Indian matrimonial websites. While finding the suitable match online has reduced several challenges for the prospective brides and grooms’ families, it has also welcomed a huge number of menaces through unident fied profiles.