On a chilly Friday evening, we caught up with actor Allu Arjun, just ahead of his 12-January release, Ala Vaikuntapurramloo. 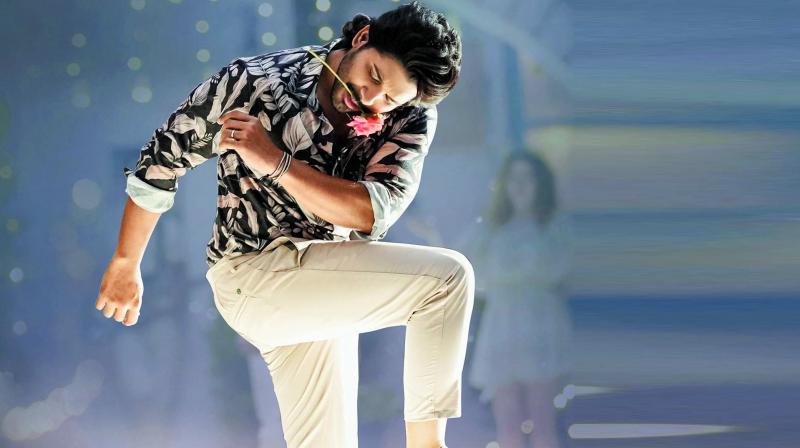 This is what actor Allu Arjun ultimately wants to be. Ahead of the release of his forthcoming film, Ala Vaikuntapuram Lo, the actor talks about his rivalry with Mahesh Babu, new home and his traction on the OTT platform.

On a chilly Friday evening, we caught up with actor Allu Arjun, just ahead of his 12-January release, Ala Vaikuntapurramloo. And we’re pleasantly surprised by the lack of any pre-release jitters about him. “I’m actually rather excited,” he says.

His last release, Naa Peru Surya, NaaIllu India, happened in 2018. And the actor faced growing pressure to announce his next project until he took on Ala Vaikuntapurramloo.

How did he take to that phase, we ask him. “Requests kept pouring in and that only made me realise how big a fan base I had,” he shares.

Now that the film’s on track, what about all that has been written and recorded about the supposed rivalry between him and Mahesh Babu, especially given that both their films are releasing a day after the other?

The actor simply smiles back, saying, “There’s a lot of money riding on these productions. Moreover, it’s the producers who have to settle scores, and it’s their call. This small issue has been blown out of proportions and made to look like it’s a war between us heroes.”

But don’t these reports strain his relations with Mahesh, we ask in genuine wonder.

“Honestly, though we have met a few times at get-togethers, I don’t know Mahesh much. But we have mutual respect for each other,” he replies.

Independent initiatives
A few days ago, during the pre-release event of Ala Vaikuntapurramloo, the actor got emotional — a rather rare sight. Smiling at the memory, he says, “It happened spontaneously; I’d wanted to publicly thank my father Allu Aravind, which I haven’t done yet. I guess slightly carried away emotionally.”

But what about all the rumours doing the rounds that he’s floating a new production company? Is everything fine with the folks, we ask.

Quashing rumours, he says, “I think all these reports have stemmed from the fact that I moved into a new office. Till recently, I have been using my father’s office. So there isn’t enough space for me, and so I naturally moved out. But, right now I’m so occupied with my film commitments I have no time for production. But I will consider it in the future if there’s an apt project that comes along.”

The digital hero
Having a huge presence on the digital platform, Allu Arjun’s songs from Ala Vaikuntapuram loo, such as Samajavaragamana and Raamulo Raamulo, have registered record views. And that is not all; the digital views for his previous films such as Sarrainodu and Duvvada Jagannadham have also been humongous. While stating how he’s humbled for all the traction his films and songs are getting on the digital platforms, he attributes the success to expanding markets. “These views are a reflection of growing crossover audience, evidently meaning that there are viewers beyond the Telugu audience-base who watch these movies. I feel blessed and humbled at once. I am also glad because it works towards my ultimate goal of being known as a south Indian actor with a pan-Indian appeal,” he explains. As for a possible competition between the OTT and theatrical releases, the actor thinks digital and OTT platforms are still young to give theatrical experiences a run for their money. “Right now, the budgets on these platforms are sma

ll, but they will soon compete with feature films. Both the OTT and feature film cultures will coexist just as it does in Hollywood,with takers for both the streams.”