The untitled flick will be directed by R Ravi Kumar and is said to be a sci-fi movie with aliens also being a part of the story. 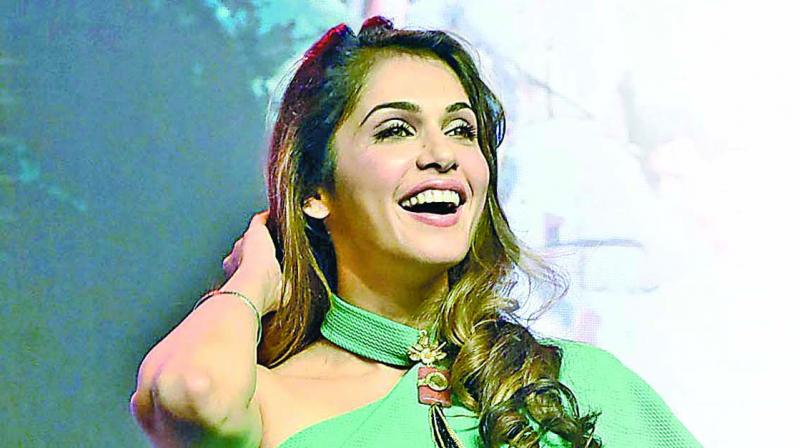 Isha Koppikar might not have made it big in Bollywood. She has also been away from the limelight for quite some time now after working in a number of Hindi and regional movies. She is planning to make a comeback soon with a Tamil movie opposite Sivakarthikeyan.  The untitled flick will be directed by R Ravi Kumar and is said to be a sci-fi movie with aliens also being a part of the story.

But even before the actress ventures into K-town again after a hiatus of 18 years, she seems to have attracted controversy with her statements about southern superstars Rajinikanth and Ajith, which did not go well with the fans of both the superstars.

The actress had stated that Sivakarthikeyan the Superstar Rajinikanth a lot, whether it’s his eyes, hair or face. Not only this, she also added that she is not sure whether it is his style that matches with that of the Kaala actor or he intentionally copies Rajinikanth.

Talking about Sivakarthikeyan, Isha said:”It’s not because of his mannerisms or anything. I am not saying he’s consciously trying to emulate Rajini sir, but it’s there. Maybe the hair, the face, the look in the eye, the colour... Something”

The fans of Thalaiva slammed the actress on various social media platforms for comparing Rajinikanth with Sivakarthikeyan. But this didn’t end there. She went further to say that she liked actor Ajith a lot but she doesn’t know whether he is still working in films. “And I used to be quite fond of Ajith back then - I don’t know if he’s still around, though,” said the actress.

Johnson Anto Sachin, a city youngster and a Thala fan feels that pulling out big names is only an attempt to gain fame. “I strongly condemn what the actress has said. Nowadays it has become a fashion to quote names of stars, creating controversial speeches and seeking fame. It seems like a desperate attempt to be in the news.”

Soumya, student and Thalaiva fan, is of the opinion that given the career graph of the actress, her statements shouldn’t be highlighted so much. “She is a flop actress, couldn’t get a footing in Bollywood. Her views aren’t worthy and such actors aren’t welcome at all,” she says.

“Actors like Isha Koppikar who are oblivious about the industry shouldn’t be signed in future for any movie,” says Akalya, a city youngster who feels that it’s imperative for someone in the movie business to at least have a solid know how of the industry they are a part of.