Rajendar lashes out at ARM

Darbar had become an ‘old’ film by Pongal and thereby failed to make money at the box office, Rajendar said. 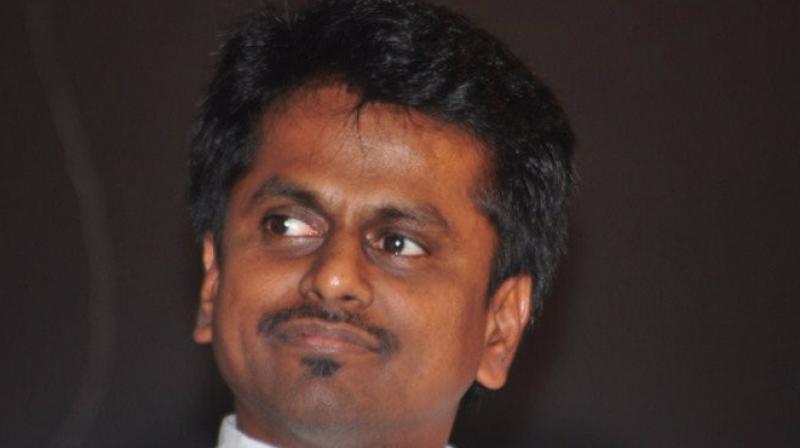 Film Distributors’ Association president T. Rajendar has lashed out at director A.R. Murugadoss and Rajinikanth for not responding to the distributors’ plight with respect to the huge losses they incurred over Darbar.

“ARM refused to meet any of us. He could’ve always offered an explanation. How is it fair on their part to file a police petition just because we asked for a clarification? It was Lyca Productions, which bankrolled Darbar, that asked us to approach A.R. Murugadoss, as they said that they had made a film with a huge budget and could not do anything about it.”

Sounding furious, Rajendar said “The distributors wanted to meet him [Murugadoss] just to have a conversation and seek justice. They did not knock at his doors at midnight. As a senior filmmaker, I am extremely upset by the recent behaviour of Murugadoss. His remuneration has become hefty over the years because of the efforts of the distributors. The distributors played a major role in the successful run of his earlier films Thuppaki and Kaththi.”

He admitted that since the film was not a minimum guarantee release, distributors cannot take legal recourse and seek compensations but added that the distributors are ready to deal with the issue legally. “Being in the same industry, all we wanted to do was to talk and sort out issues. But it is unfortunate that ARM had to file a complaint with the police that they threatened to kill him. Distributors deserve better treatment. If he decides to deal with this legally, we will also approach the issue in the same manner”, he said.

Darbar had become an ‘old’ film by Pongal and thereby failed to make money at the box office, Rajendar said. “What they [distributors] are fighting for is moral justice. There is no point in dealing with social issues in your films and not being willing to lend a helping hand to people in real situations”, he added.

Meanwhile, R.K. Selvamani, who helms the Directors’ Association, shielded Murugadoss and said it was the producer (Lyca Productions) which was to be held accountable for the loss, and not the technicians.