Carrying forward from season one, Joe sets his eye on his new target! Enjoy this chair clinching series! 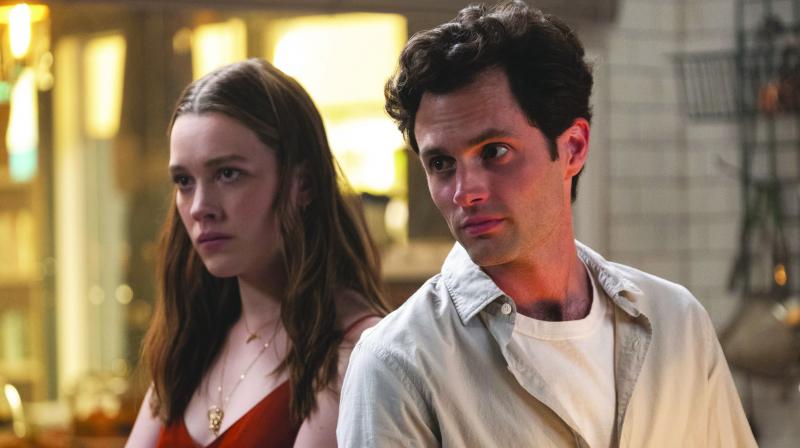 A still from the series You season 2
Rating:

Boy meets girls! He falls for her! She breaks his heart! And he kills her! Love stories don’t usually go like this do they? In a perfect world, love stories last forever don’t they? But in Netflix’s You, this love story ends in murder. As a psychological thriller it has all the factors needed to make it a must watch on your list. If you’re tired of the same old clichéd version of love, this series will be like a breath of fresh air. It shows love in a very different light, something that we aren’t used to.

The first season of the physiological thriller focused on the Joe Goldberg and Guinevere Beck who was killed in the season finale when Joe’s image of Beck was shattered. Joe also comes across his ex girlfriend Candice Stone who was supposedly dead and it out for revenge. In the second season, Candace’s threat has Joe fleeing to sunny city of L.A where he starts working at Anavrin where he meets his new obsession Love Quinn and her eccentric brother Forty.

Like the previous season where things headed off at a quick pace, season two starts off quite slowly. It shows Joe trying to adjust to place that is full of sun, selfies and hippies. Something he absolutely hates throughout the season. Straying from his stalkerish self, Joe tries being the good guy and giving Love her space. But, Love is all the more determined to get into a relationship with Joe. And when it actually happens, their bliss is cut short. Candace makes her re-entry into Joe’s life as Forty’s girl and puts Joe on edge. Joe then reverts to his previous causing mayhem where ever he goes.

Apart from the main story, the makers were clever to include a parallel story that shows Joe’s childhood. Joe and his mother live under the constant abuse of his father is not really seen on screen. Watching this story will at certain times make you feel sorry for Joe and wonder if this is what triggered his want for a perfect family for which he will go to any length. So how is this season different from the previous season? In this season, Joe will get a taste of his own medicine. What doesn’t work is the fact that the makers have included a lot of character that don’t really submit anything concrete to the story. The season ends with Joe who is seemingly happy and settled down until he gazes upon his neighbour and obsession.