Streaming apps are grabbing viewer eyeballs like never before. 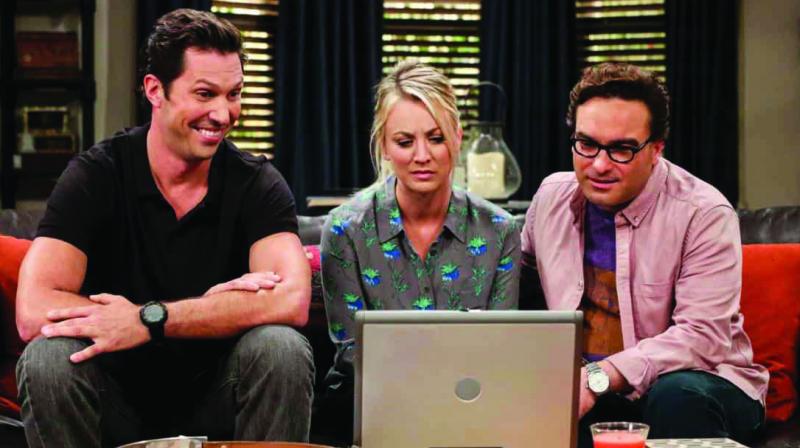 A still from Big Bang Theory used for representational purposes only

Movies in cinema halls are steadily losing their audience after digital platforms started streaming content. A recent study revealed that 80 per cent of people will shift from theatres to online streaming apps in the near future. With TV subscription costs becoming more expensive (they rose nearly five per cent recently) and data plans becoming so affordable, it’s not surprising that viewers are quickly making the move to streaming content.

Yashpal Kasotiya, who works in an MNC and subscribes to several streaming apps, says, “The tremendous development in technology has helped to deposit and store content in mobile phones and it is all just a click away. These handy smartphones help to do things at our will and convenience. I watch a few movies at least thrice if I like them and, of course, at no additional cost to what I pay every month. This helps to avoid the hassle of booking tickets, saving me time as well as money. These cost-efficient portals are also splittable. I have the top streaming portals, which I share with my friends too. We share the cost, which minimises our total monthly budget on entertainment.” He points out the drawbacks of cinema halls, saying they’re high cost, films are screened at a fixed time and it’s all subject to availability of seats. In contrast, streaming content apps give you a lot of flexibility for a month of viewing that’s priced at approximately the cost of two theatre tickets!

The results of a study show that streaming apps have already been widely adopted in the metro cities. Sixty per cent of viewers have broadband connections and the average viewing time daily is a minimum of two hours. App enthusiast Jithin says, “You can’t really compare theatres and streaming apps. The apps give you much more in terms of content, such as series and documentaries. The movies which I miss in theatres can be found in these apps too. Factors like time, cost, company and reviews will lead to an automatic preference of the apps.”

“Of course,” he adds, “Theatres cannot go dry. Movies made in 3D are a must-watch on a big screen in a movie hall only. And if it’s any movie with a huge fan base, then also it’s a must go for the vibe that you get watching them with other fans. And for dates too, nothing beats a movie hall!”

Film director Akarsh Khurana begs to differ, “I don’t think it is correct to say that movies in theatres are losing their audience. The theatre collections are still robust. Having said that, accessibility is certainly increasing and people are able to watch movies soon enough on their televisions and phones. As such, cinematic releases need to work harder to get people into the halls.”

Which is why, industry professionals are making efforts so that viewers don’t go off theatres completely. Better plots and production values, a heightened cinematic experience in terms of quality technology and plush seating, all of it helps to draw audiences to a cinema hall.

Akarsh believes that with the right mix of elements films do well at the box office. “A few recent movies are still playing for longer lengths of time in theatres. Movies like Karwaan, Mulk, and Tumbbad stayed in cinemas for 50 days. So, it is a wide-open field. There is a surplus of content and unlimited shelf life. It is a very interesting time to tell stories,” he smiles.