Hell of a choice

David Harbour’s name is the only name that came for this version of Hellboy, says creator Mike Mignola. 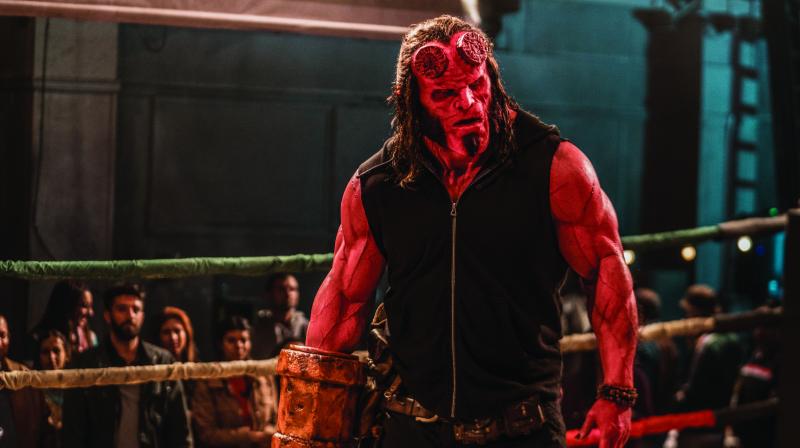 Mignola remembers that before any casting decisions had been made, he and his wife were watching “Stranger Things” together.

With its rich mythology, compelling storyline and spectacular visuals, Hellboy evokes a wide range of thoughts and emotions for the members of the cast and crew. Mike Mignola, the character creator remained involved in the process throughout, reading each successive draft to ensure the screenwriter stayed true to the character. To him, Hellboy is an amalgam of the series’ storylines rather than a direct adaptation of one of the books.

Mignola remembers that before any casting decisions had been made, he and his wife were watching “Stranger Things” together.

“The first time David Harbour showed up on screen, Christine said, ‘That guy should be Hellboy.’

I never mentioned that to anybody, but within two weeks I got a call from Lloyd Levin, saying, ‘What would you think about David Harbour for Hellboy?’ So David is literally the only name that came up for this version.”

The film also expands the scope of Mignola’s work by bringing Hellboy’s world fully into the 21st century.