Controversy over rights of making the film erupts. 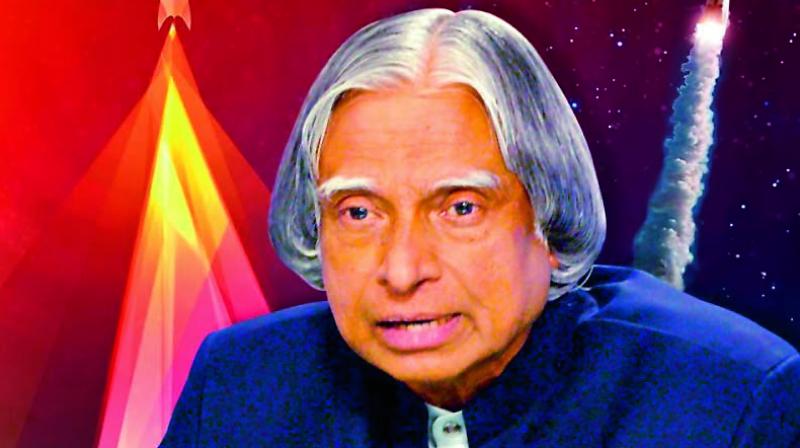 Two Telugu filmmakers, Abhishek Aggarwal and Jagdeesh Daneti, have announced that they will be making biopics on the former President of India, Dr A. P. J. Abdul Kalam, stirring up a hornet’s nest.

In May 2019, Abhishek Aggarwal had said his production company (in association with Anil Sunkara) would make a biopic on the late Dr Kalam. He announced that he had obtained all the requisite permissions from Kalam’s family in this regard.

However, on Sunday, information and broadcasting minister Prakash Javadekar unveiled the first look of another biopic based on Dr Kalam’s life, helmed by Jagadeesh Daneti in association with Hollywood stunt choreographer Johnny Martin.

Abhishek was quick to clarify that his company held all the official rights on making a film or documentary in any language related to Dr Kalam’s life.

The Abdul Kalam foundation has officially tweeted, “Given rights to @AbhishekOfficl of @AAArtsOfficl for make Biopic of @APJAbdulKalam and he has taken all official rights Filming or Documentary on any language or Poster related to Dr Kalam life, taking References of any such information Acts will be strictly dealt as per the law (sic).”

“I think that official tweet is more than enough to prove that we have the rights of the film for all languages,” said Abhishek.