India's only selection to the 75th Venice International Film Festival explores gender politics through the eyes of a female police officer. 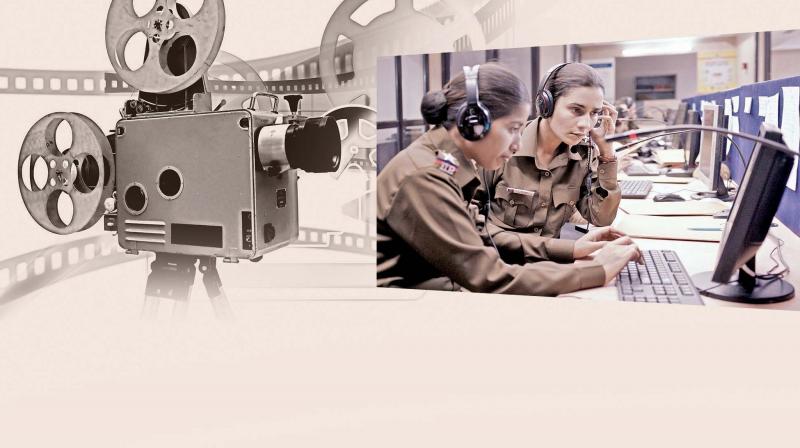 The earlier Indian film to win in the Horizons category from India was Chaitanya Tamhane's Court, which also went on to win the Lion Of The Future award at the 71st Venice International Film Festival.

Ivan Ayr grew up in multiple cities across northern India before he moved to the United States for his postgraduate studies. But his affinity towards the capital city is particularly conspicuous as his debut feature Soni unfolds in the backdrop of a crime-ridden Delhi. The film that impales the pervasive patriarchy in India through the lives of two Delhi policewomen will make its World Premiere at the prestigious 75th Venice International Film Festival that will be held from 29 August to 8 September. Ivan says, “I've mostly grown up in Chandigarh but I've spent my childhood in Delhi and have a special connection with the city. Over the past few years, I would keep hearing about Delhi for all the wrong reasons. I really wanted to find out how the police women were reacting to or handling the rising crimes against women in the country.”

Soni will be showcased in the Orizzonti (Horizons) competition at the festival, a category specially dedicated to films that represent the latest aesthetic and expressive trends in international cinema.  The film is also the only Indian feature to be officially selected at the festival this year.

The feature primarily revolves around a police officer Soni and her superintendent Kalpana, essayed by Geetika Vidya Ohlyan and Saloni Batra respectively, who are dealing with a growing crisis of violent crimes against women. But their mission and alliance are further strained by complications arising in Soni's personal and professional life.

While initially the director wanted to explore the idea through a singular entity, he thought his story might become lopsided and decided to rope in his second character for the want of a more contrasting narrative, “So I wanted to approach it in the way of how a policewoman can become conflicted in her own thoughts. From there came the idea that maybe one policewoman having this mixed kind of thoughts might come off as strange. So I decided to introduce another policewoman and maybe show their different thoughts on the same issue,” he reveals.

Given the relevant social theme it engages with, Soni also contributes to other movements such as #Me Too and #Times Up that have been making waves in the West, by highlighting the atrocities faced by women in different spheres, “Even while a policewoman might be feared among the populace for the uniform she wears, her gender becomes a double-edged sword as it exposes her to the same threat any woman faces. Just because of their gender, they are kind of susceptible to the same kind of the attack and they know that,” explains the director.

While the idea of making the film initially sprung up in 2014, the first draft was written in the US itself, but that wouldn't be fair. So when the opportunity presented itself, Ivan decided to visit India to vicariously experience the daily lives of the women in question, “My second and third draft was borrowed extensively from that experience. I spent about a month at various police thanas across Delhi and got permission from senior officers to observe their teams like a fly on the wall,” recalls Ivan.

The vantage point of the police became extremely crucial for the director, as he clarifies, “Because you know one often wonders if what you get to read in the news is just the tip of the iceberg or is it the whole picture. The police are basically the first responders to any situation and their experiences are totally different.”

But before he delved into the more complex issues of his script, Ivan simply wanted to remove the veneer of fierceness that society often projects police folk through, “I wanted to explore their humanness, the core of a human being rather than just commenting on the pitiful goings on. I didn't want to make it a one-dimensional film. I had to make a character study of these individuals. First, they are humans and then their gender comes in the picture,” he asserts.

Ask him about his most important experiences that have impacted the film positively, he chuckles, “There are plenty of them, but I was mostly influenced by their day-to-day working. There was a difference between a male handling a situation and a woman handling the situation, the relationship dynamics among these policemen and women. So, those things became a treasure trove.”

Soni was also one of the five films selected by India's National Film Development Corporation (A Govt. body), to be part of the prestigious 'Work in Progress' Lab at Film Bazaar in November 2017 for post-production support. It was at that point where French editor Jacques Comets and veteran festival director Marco Mueller mentored it, before it made it to the official selection of the 75th Venice Film Festival, 2018.

The earlier Indian film to win in the Horizons category from India was Chaitanya Tamhane's Court, which also went on to win the Lion Of The Future award at the 71st Venice International Film Festival. Produced by Kimsi Singh and Kartikeya Narayan Singh, Soni will compete with 18 other films, including Tel Aviv on Fire by Sameh Zoabi, Sulla Mia Pelle by Allessio Cremonini, Manta Ray by Phuttiphong Aroonpheng and The Man Who Surprised Everyone by Natasha Merkulova and Aleksey Chupov.