Producers want stars to lead the way over GST

Names like Shah Rukh Khan and Amitabh Bachchan were discussed. 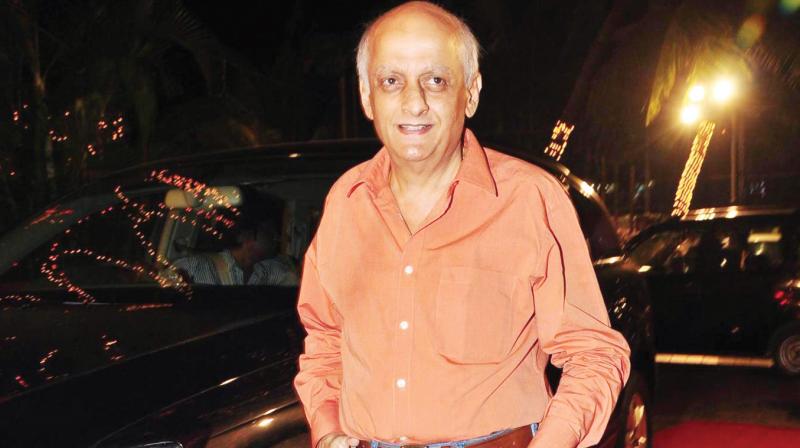 Film producer Mukesh Bhatt, in a closed-door meeting with film producers, proposed that they should involve Bollywood stars to meet with the finance ministry to reduce their GST slab.

Mukesh proposed this at a meeting where filmmakers like Sajid Nadiadwala, and representatives from film studios like Reliance Entertainment and Fox Star Studios, and multiplex majors were also present. “Mukesh was of the opinion that they needed the big stars to talk to the finance minister, and sit across with Arun Jaitley, to explain why the slab should be reduced. It would seriously affect the costs of filmmaking and deplete the filmmakers,” informs trade pundit Atul Mohan.

Mukesh also said that he would talk to all the stars who he is close to, for spearheading the cause. Names like Aamir Khan, Shah Rukh Khan and Amitabh Bachchan were discussed at the meeting. Interestingly, Amitabh, Shah Rukh, Aamir, Salman Khan, Ajay Devgn and Saif Ali Khan, among other, are all big producers as well.

Unlike the Tamil movie industry, where the big stars like Kamal Haasan and Rajinikanth have spoken strongly against the state government idea to impose additional 30 per cent tax to the GST of 28 per cent, the big Bollywood stars have not spearheaded the move in the Hindi film industry.

In fact, the entertainment tax for Bollywood stood at 40 per cent and now the tax has come down to 28 per cent.

The film producers’ community is also disturbed by the fact that a lot of stars, who are also producers themselves are currently not part of the team opposing the GST. Sources from the industry also inform us that the taxes may go up from September with the Maharashtra government planning to impose further tax in the 28 per cent as well. “I am also very surprised that a lot of stars are not coming out on their own. Maybe they are exactly not aware of what the implications are,” says Mohan.

The film producers now hope that with a big star leading their cause, the powers that be will take notice.