How real is reality TV?

From pranks gone wrong to weddings on prime time, reality TV enthralls and entertains, but here’s what really goes on behind the scenes. 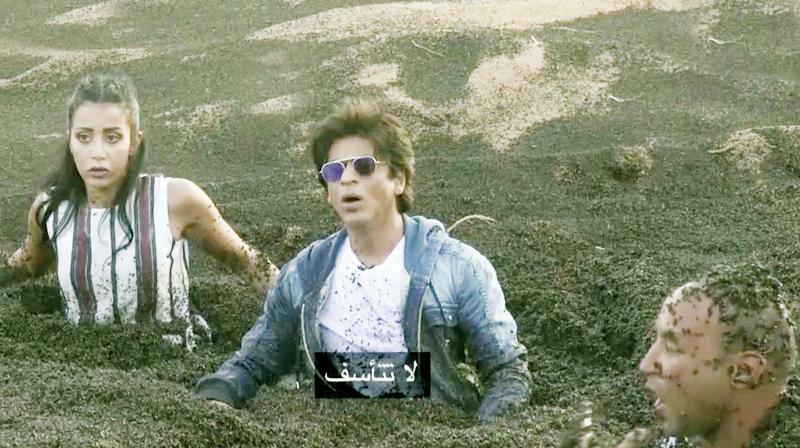 A screen grab of Egyptian show in which SRK participated.

Reality TV has always been controversy’s child. Whether it is about the winners of a show or the outlandish episodes with high drama and mud-slinging amongst the contestants, a question that has always been asked about reality TV is, how much of it is real?

The question that is always buzzing in the audience’s mind was given further impetus recently, thanks to an episode of a Dubai TV show called Ramez Underground, which starred none other than our very own King Khan.

In the clip, Shah Rukh is shown to be pranked as the show’s organisers get him in a car that slowly sinks into quicksand and then, to cap matters, a man dressed as a Komodo dragon starts lumbering towards the superstar. When the video went on air, there were comments about how SRK lost his cool at the man, but three days later, the conversation shifted to about how it was indeed a prank.

Unlike his moving, convincing performances in movies, SRK’s lukewarm reactions on the reality show looked scripted. In fact, Shah Rukh’s manager Pooja Dadlani even went on record to say, “It was staged, and Shah Rukh Khan was aware and was acting as if he was angry.” The buzz is the actor was paid a whopping amount of Rs 2 crores to be a part of the prank, though his team hasn’t confirmed it. 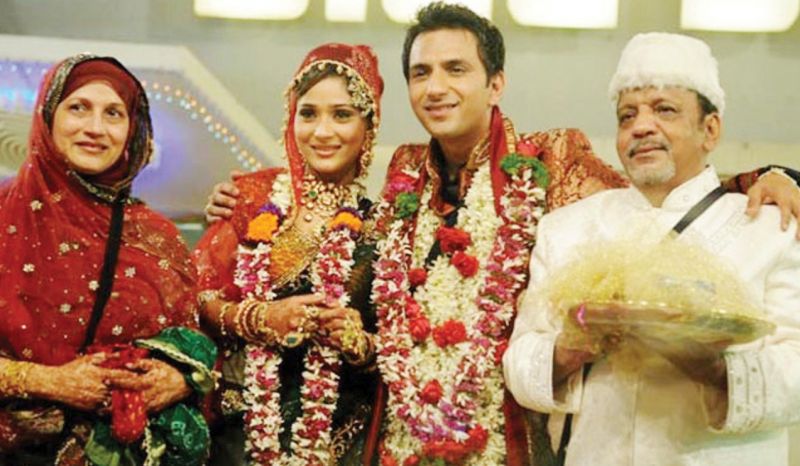 Sara Khan and Ali Merchant got married on the sets of Bigg Boss 3.

This isn’t the only instance where reality shows have gone down the scripted road. Naman Shaw and Megha Gupta came together for the fourth season of Nach Baliye and parted ways soon after the show ended. Rumours were abuzz that the couple teamed up to participate in the dance show. Sara Khan married her long time boyfriend Ali Merchant in Bigg Boss, as audiences were witness to the holy matrimony. However, soon, stories were tumbling out that the couple were paid a huge amount, to be part of the TRP grabbing attempt.

Sreesanth got a second chance to revive his career after the spot-fixing case after he participated in the dance reality show, Jhalak Dikhhla Ja. The show saw him get into an argument with Karan Johar, which prompted the ex-cricketer to walk out of the sets. However, there were rumours that it was all scripted.

Actor Gaurav Chopra, who has appeared in several reality shows, starting out with Nach Baliye 2 in 2006, says that creating drama and buzz to grab eyeballs has become the priority these days. He says, “These shows want people who will cry, throw a fit, abuse and cause drama. People have a voyeuristic approach to reality shows now. They bring in celebs to strip them down and air their dirty laundry,” he reveals.

A 29-year-old female ad executive, who has appeared on a reality show, spoke about how she was briefed about her behaviour on the show, on condition of anonymity.

“I was part of a reality show many years ago where an ordinary man could meet a celebrity he liked and/or disliked. While I had to pretend to be surprised at my favourite star appearing in front of me on camera, I knew about it beforehand. Despite it being a light-hearted show, I was given a strict list of dos and don’ts to be followed on camera, especially when it came to asking certain touchy or controversial questions. I’m sure the more controversial the show gets, the stricter the list of things you can’t say tends to become,” she deduces.

Publicist Dale Bhagwagar says that these tactics have helped his clients stay on the show longer. “I train and brainwash my clients to fight, wear bikinis and jump into the pool, stay in the limelight if they are pitted against strong contestants during the evictions because if they don’t give TRP’s chances are they will be evicted,” he reveals. “Even on shows like Khatron Ke Khiladi, the contestants are often told what expressions to give.” 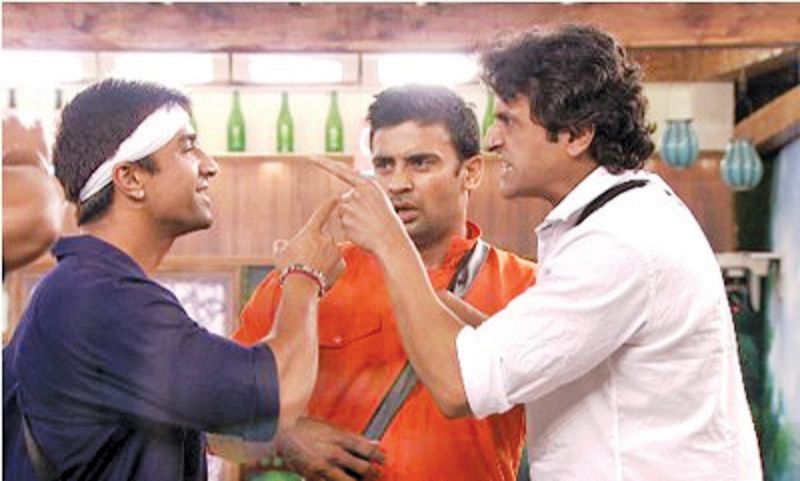 Kritika Anand, who was in charge of creating tasks in Bigg Boss’ season 10, however, denies tweaking behaviour, though she admits that they do create situations that will heighten the drama. She reveals that last season since VJ Bani didn’t get along with Lopamudra Raut, it made sense to put them together. She says, “All we had to do was give them a task together because we knew they would fight and argue.”

Ehsaan Noorani, who is a judge on the reality TV show called The Stage, says talent-based shows known for their entertainment value don’t often fall prey to scripting reality shows. He says, “Shows like the Masterchef series or Fear Factor are tough to script since there you depend so much on talent. However, when it comes to shows that only look at an entertainment value, I do find that a lot of them seem scripted,” he says.