Murder on a luxury cruise!

This gripping Spanish series keeps you on the edge of your seat till the last episode. 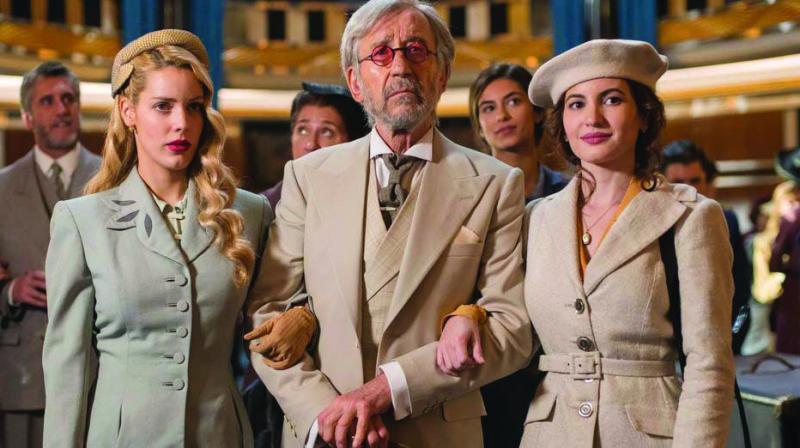 A still from High Seas

The mystery genre makes for one of the best reads or shows/movies to watch. From the start to the end you’re left wondering, Who is culprit? What’s the plot entirely about? High Seas is a Spanish series on Netflix that will leave you on the edge from start to finish. This period mystery is based in the 1940s and is centered around the two sisters —  Eva and Carolina Villanueva who are still recuperating from the loss of their father who died in an accident. They are leaving their past behind in Spain and moving to Brazil on a one way ticket aboard the Barbara de Braganza which is owned by Carolina’s fiancé Fernando Fábregas.

The sisters are looking forward to their life in Brazil — Carolina who is going to marry the love of her life and settle there and Eva who is meeting a publisher for her book. On their way to the cruise, the sister run into Luisa who is supposedly on the run from a guy she is being forced to marry. Eva feeling sorry for her, takes her on board as a stowaway. We are then introduced to the girls’ uncle — Pedro Villanueva and Dr Rojas who is their family doctor. They are there to attend the wedding between Carolina and Fernando which is slated to happen when they cross the Equator. Through this journey everyone is looking for a new start not just the sisters but also Uncle Pedro, Capitán Santiago Aguirre and Fernando who is bankrupt. Even before they could fully settle down into their cabins, Luisa is murdered and thrown overboard. While Eva thinks it’s her future brother-in-law who is murderer, another passenger confesses to it.

What works for this series is the way they have woven mystery into each individual’s story. Each of them have something to hide. Though this series is just eight episodes long, like a good book, it is so gripping that you have to watch all of it at once. The ship itself transports you back to time when Titanic first came out and you’re were left in awe. Though its set in the 1940s, the entire series has a very modern approach. From the way the investigation is conducted to the style of dressing. While Carolina is old-school, Eva is bang opposite as she dons trousers which was a relatively new thing. The makers add a touch of romance between Eva and Nicholas (The ship’s first officer), which introduces some light flirtatious moments into this investigative drama. The only downer was that the first season had only eight episodes. While there is no confirmation from Netflix about Season 2, we may have to wait awhile for the next season.