This one is for the monster-lovers!

Netflix series October Faction is a new take on the psychology of monsters. 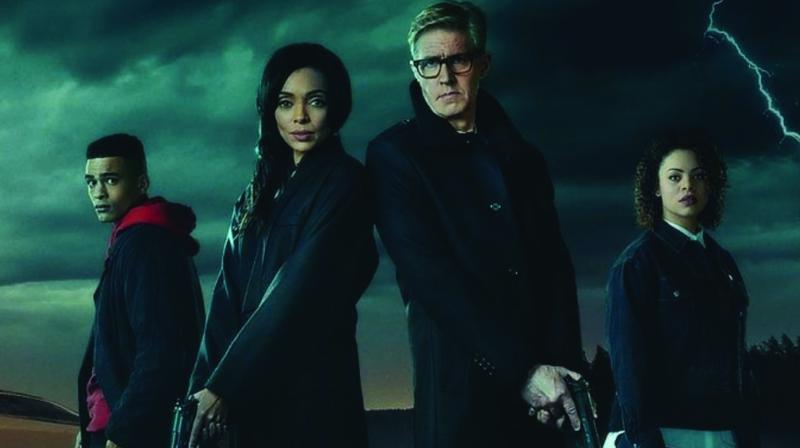 A still from the series October Faction
Rating:

There’s a universal love-hate relationship between man and monster. The shivery excitement we felt as children imagining monsters hiding under our beds transforms into an adrenaline rush when we watch monster movies. There’s no other way to explain the success of films like The Babadook, Godzilla or Boogeyman. Netflix’s October Faction is the latest in this genre. It tells the story of a family –  The Allens – comprising Fred and Deloris and their twin children, Viv and Geoff. The perfect family on the surface. But what dark secrets do they harbour? That’s what the film reveals.

Based on the comic series by Steve Niles and Damien Worm, October Faction starts with the Allens returning to Hudson to bury the patriarch – Samuel Allen. As far as the world knows, Fred and Deloris are insurance salespersons whose work takes them around the world. But is that true? What is their connection to the mysterious organisation called Presidio? What is Presidio, in fact? The plot evolves to reveal unexpected facets.

Viv and Geoff navigate the horrors and dramas of high school. But are they ordinary kids?  No, not at all. Both have extraordinary powers.

A new twist is added to the storyline when a mysterious woman named Alice enters the town and goes on a killing spree. Who is Alice? What is her relationship to the twins? That again comes through as the story develops.

There is perhaps too much of emphasis on family drama, at the expense of the main subject – monsters. But what makes the series work is that it portrays monsters in an unconventional light. A must-watch for those who love emotions, drama, the supernatural, guns, blood, gore. October Faction has all of this and more.