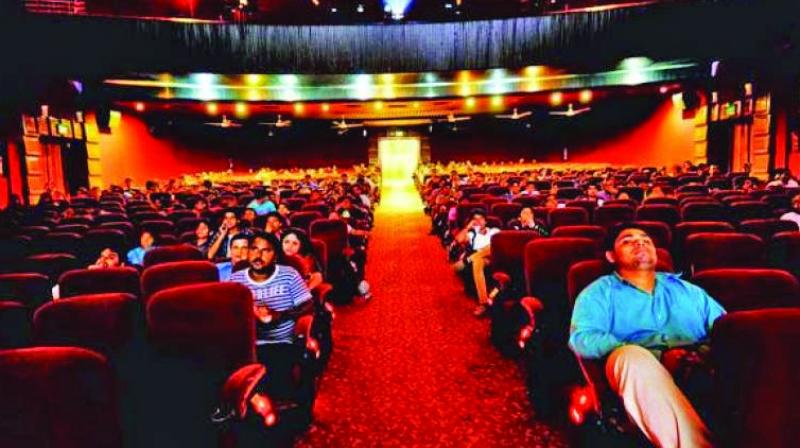 Today, film publicity has gone a notch higher. It has now become a ritual for upcoming films to be seen on television shows, TV serials, and of course, social media promotions.

Gone are the days when filmy posters were enough to create a buzz.

Today, film publicity has gone a notch higher. It has now become a ritual for upcoming films to be seen on television shows, TV serials, and of course, social media promotions.

Apart from this, Bollywood is always trying to woo its audiences. Take Raees, for instance. Shah Rukh boarded a train from Mumbai to promote his film. However, the upcoming film Ittefaq has decided to do away with promotions altogether. The film won’t interact with the media, won’t make television appearances, and will stick to only social media and print promos.

We ask filmmakers and actors if this is the way ahead, or if only bigger movies and bigger stars can walk this way. Does too much of publicity promotion kill the buzz for a film?

‘If the content is good, you will get a good opening’
K M Chaitnaya, Director
A film ultimately wins because of content. All the promotions that a film sees pre-release only brings an audience for the first few shows. We live in the age of social media; on watching, if the audience finds the film bad, they immediately take to the Internet to upload reviews. Following this, the fate of the film is sealed in just the first couple of days. I think it is good to promote yourself. If your content is good, you will get a good opening and the film will sustain in the theatres for longer. But if the content of the film is not good, no amount of promotion is going to do you good. When a film does not have big stars then it will take a while to gain recognition; it will take some time to get audience to the theatre. By the time people consider watching the film the theatres would have already taken it down, as they want to make collection. So that is the risk that Ittefaq is taking.

‘The Ittefaq team is playing it smart’
Mani Shankar, Director
The team of Ittefaq is playing it smart. When at one point they are saying that they will not promote the film, they are saying it to the media itself about it. A unique kind of promotion, I must say, where everyone is forced to think why they are not promoting yet writing about it. In today’s world, it is important to promote a film in every possible platform. Only bigger movies with the Khans can really do away with promotions not the others. They themselves are a bigger brand than the shows they attend for film promotions.

‘The focus should be to create better cinema’
Mustafa Burmawala, Actor
I think movie promotions differ from film to film and it has become a lot about innovation. The main point is to draw audiences to the theatres and every film aims to do so in their own way. At times, there can be an overkill by promoting too strongly by doing tours, hence people have now shifted to social media and TV promotions. At the end of the day though, it’s the final product that matters, if the film has good content then it will work irrespective of limited publicity. The focus I believe, should be to create better cinema rather than going overboard with promotions and advertising.

‘One needs to know the objective of film promotion’
G. Dhananjayan, Film Producer
In today’s world, there is over communication of information. We have multiple choices of entertainment to choose from. We have ten channels in the place of one, ten movies in the place of one, and so on. Information on digital platforms is dying quickly. When the audiences are making a choice, they’d want to be aware of the available choices first. It is everyone’s individual choice to promote a film or not. But I think it is essential to communicate in a different and unique manner or grandeur, to gather the attention of the prospective audience. One needs to know the objective of film promotion. I would do the best; I can to promote my film — it can be anything and everything that adds value to the film and not just for the sake of promoting.

‘Mouth publicity that comes post the release is the crucial one’
Basil Joseph, Director
Social media is a major tool in movie promotion. A few years ago, a time when songs were considered as windows to a movie, we had to depend more on television. The makers would keep television in mind while making songs to release them via that medium. That trend itself has begun to change. These days, everyone has a smart phone and Internet penetration is high. Platforms like Amazon Prime and Netflix are getting popular.  People, especially the youth, depend more on social media. That makes it a good marketing tool, at least among young people. But, that doesn’t mean that other mediums like television have lost its significance. Celebrity banter in popular television reality shows still matter. Maybe after ten years, you may see social media emerging as a sole marketing tool, but not now. No matter how much promotion you do before the release, mouth publicity that comes post the release is the crucial one.