The latest to join this band of gyaan-giving actors are Tollywood stars Chiranjeevi and Venkatesh. 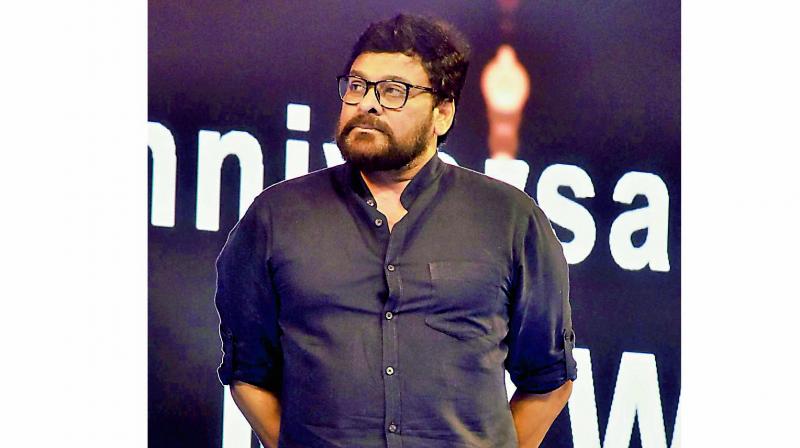 There is an abundance of harassment, stalking and sexism on screen in the form of misogynistic films which undoubtedly have a huge impact on the psyche of the average moviegoer, but very little is done to prevent filmmakers from glorifying such portrayals of women. So when big ‘kalakaars’ of Tollywood come out and offer ‘gyaan’ to womenfolk on how they can thwart attempts by criminals, the double standards in Tollywood stand blatantly exposed.

Who can forget the disgusting comments made by actors like Balakrishna or popular comedian Ali in the past? The most common line of defence is that “'films are a work of fiction and they only represent the characters but do not endorse them.”

While many believe that films impact and drive criminals to commit heinous crimes, the industry has always remained largely insensitive. It is only when a horrific crime, such as the gang rape and murder of 27-year-old Disha makes the headlines, that some of them give a statement or two, and then promptly move on.

The latest to join this band of gyaan-giving actors are Tollywood stars Chiranjeevi and Venkatesh. In one particular video in circulation, the stars can be seen addressing women and asking them to store 100 as a contact and to download the Hawkeye app on their smartphones. But will the Tollywood biggies stop glorifying harassment of women with their misogynistic films?

Why show women as sex objects?

“Every time a heinous incident against a woman or child takes place, every citizen is compelled to give their wise thoughts and the film fraternity is not far behind. But it is rather ironic that the same people end up promoting the construct of a woman as a sex object and glorifying criminal acts,” says activist Sunitha Krishnan, who adds, “Arjun Reddy, a blockbuster, is the worst misogynistic film ever. For commercial needs, they have absolutely no qualms about doing anything! Do they not realise that they have the ability to influence at least some sections of the society? What stops them from using their privilege more responsibly?”

Further, she states, “The retrograde attitude towards women in Telugu cinema — iSmart Shankar, RX 100 — has not changed and even worse, the hero addresses the women in the most derogatory of ways too.  In one of the episodes of Meelo Evaru Koteeswarudu, Chiranjeevi said, ‘If you want to know about fruits, you have to do one film with director K. Raghavendra Rao. He used to put all the fruits around the heroine’s navel (boddu)’.”

Sadly, in the past, a few Tollywood figures have shamelessly made sexist and vulgar comments at various events and got away with it. The latest entrant to join this “loose cannon brigade” is filmmaker Daniel Shravan who suggested carrying a condom (to the victim) for a hassle-free experience — something that has led citizens to vent their disgust over social media.

“It has been happening for the last 50 years or more in the Indian film industry. This is a business and just one look at the so called `500 crore films will show the way women are objectified in those movies. You get the picture,” says director Nandini Reddy, who ironically, along with Samantha Akkineni, Jhansi, Amala and Supriya Yarlagadda, is part of the panel against sexual harassment in Tollywood.

“The audience is mostly men under 35 while women have become secondary audience. It’s public demand. Why do you think they come to theatres and whistle when such scenes come?” she asks.

No doubt actors hold a huge influence in our society. A look at the number of fan clubs dedicated to actors explains it all. “Let me remind you of the recent murder case in UP where the guy had Kabir Singh pictures all over. If the very first scene of a hit movie (Arjun Reddy) shows a man holding a woman at gunpoint, asking her to take her pants off — it speaks tons about our filmmakers, actors and the audience,” says social activist Spurthi Kolipaka.

However, people from the fraternity claim that films are only a work of fiction and the characters — especially the negative ones — are not endorsed by them. “They are only playing their part. Movies are only one part of the influence.

Do you know how kids are addicted to gadgets and how many rape videos are available on the Darknet?” they ask.