The Order: Screen magic or mayhem?

If you are a fan of magic and cult, then this new series is a must-watch. It will keep you transfixed for the entire 10-episodes. 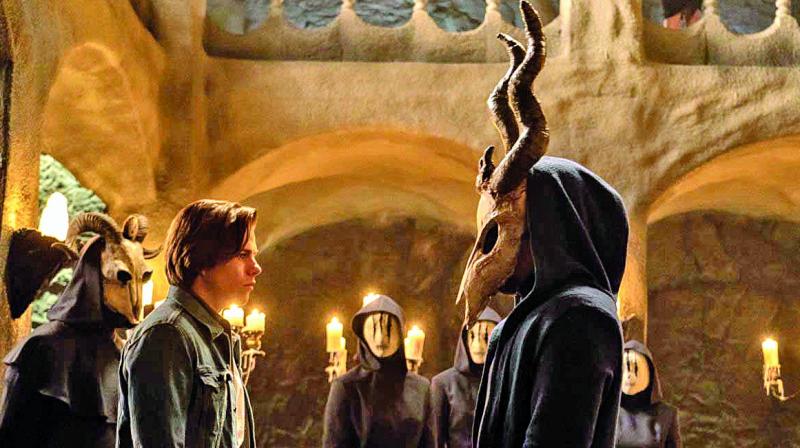 A scene from The Order

These days, if you show people magic tricks like pulling rabbits out of a hat or a rope trick, etc, you will end up getting laughed at. Old school magic no longer excites youngsters and adults. But thankfully, Netflix’s The Order presents the magic in a whole new, millennial-worthy light. It has creepy masks, dead pledges, over-the-top magic spells, rituals, incantations and weirder creatures like the Golem (Mud Man). What makes it an interesting watch is that though on the outside it seems like any other supernatural show like The Vampire Diaries or The Originals, The Order gives a whole new definition to words like magic, cult and the supernatural.

This 10-episode series follows the story of Jack Morton, who gets accepted to Belgrave University (by magic) where he is initiated into the Hermetic Order of the Blue Rose lead by the Grand Magus — Edward Coventry. From the first episode, we find out that Jack and his ‘pops’ Pete Morton have an ulterior motive and Edward seems to be the major one. On entering the campus, Jack almost immediate:ly meets clichéd frat boys, his weird roommate Clay, his RA Randall Carpio and Alyssa Drake, who is a medium in the Hermetic Order. Initiation week is hellish and each of the selected are put through a test to see if they are suited to join the Order. Though Jack fails initially, when he kills the Golem, he finally becomes a member of this secret society. The order itself follows a system of hierarchy, the acolytes doing all the dirty work. They are allowed to practice magic but only when supervised. The series is written in a way that proves it entirely revolves around the Order. But in fact, it’s only in the third episode we find that werewolves too exist. Led by the eccentric Hamish Duke, The Knights of Saint Christopher have only one job - to stop the evil done by the Order.

What works for this series is that fact that though they have brought in a lot of serious stuff like killing creatures, learning spells and the whole hocus pocus, the makers have not forgotten that it is a series about teenagers. They blend in fun and romance along with the more macabre stuff. Jack and the other acolytes — Gabrielle and Brandon — wanting to have fun with their newfound powers, use them to buy gadgets and even pizza. What doesn’t work is the fact that at some places, the pace seems a little rushed. Season One ended with a lot of questions. What exactly drove Jack’s mother to suicide, what is the back story of Edward and Chloe (Jack’s mother), what happens to Jack and Alyssa’s relationship? Only Season Two will tell. But we’ll have to wait quite a while, as that may only come out in 2020!