Musician-actor was given the nickname on his debut in a Hollywood film. 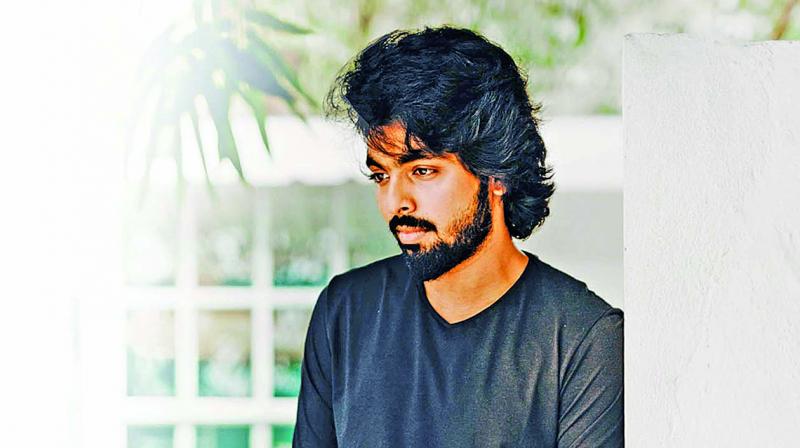 It appears Hollywood filmmakers, who are always hunting for new talent, are casting their net in K’town too these days. After Dhanush, it is the turn of musician turned actor G.V. Prakash to be in the spotlight as he is all set to make his debut in a hip hop gangster genre film titled Trap City.

Prakash will be sharing screen space with the the likes of popular actor, comedian and rapper Brandon T Jackson and noted stage and screen actor Dennis LA White. He will be essaying the role of a surgeon in the film directed by Ricky Burchell. Besides acting, he will also be rendering two songs.

Talking to DC, Prakash says, “It is a redemption story. The film revolves around a struggling rapper who works as a drop man for a drug kingpin. He turns a popular rapper after his first recorded song, which becomes a viral hit hours before police arrest him for a crime. A point arrives when he has to make an important choice between betraying an intimidating crime boss or save his career. A long conversation between him and the surgeon (played by GVP) enables a change in the course of his life and what he chooses - drug peddling or singing - forms the rest.”

Narrating how producer Tel Ganesan of Kyyba Films from Hollywood zeroed in on him, Prakash said, “Ganesan sir met me in connection with soundtrack work. It was then that he invited me to come to Hollywood. In fact, he sent me the entire script and the images of what I should look like in the film two months prior to our shoot, and made references to my costumes too.”

Trap City was shot in live sound sync in Nashville, considered the music capital of USA. “It gave me an enriching experience shooting in a place where legends like Elvis Presley came from. Since I have already worked in Sarvam Thaala Mayam in live sound, it helped me lot. But there’s no prompting possibility when one delivers lines (laughs).”

On working with Brandon GV says, “We rehearsed for a day before beginning to shoot. Brandon is basically a very nice person and I enjoyed working with the entire unit. In fact, we have been in touch even after the film got over.”

Interestingly, the film also features Tamil actor Napoleon in a role of a bodyguard. When asked if he got to work with Napoleon in any scene, Prakash said, “I did not have combination scenes. He is a very friendly person. I visited his home there in Nashville. It was a very pleasant experience.” Tel K Ganesan said, “When I met GVP, I realised that he had immense potential and talent. I loved his work. I think people from Hollywood will come here for our music. The locals in America had accepted him as one of their own and call him by the nickname ‘Doctor Steamy’.”

The producer is also planning to rope in international celebrities like Lady Gaga, Pitbull and Bappi Lahari for songs.  The reach of GV Prakash may rise as the English market
comprises around 170 countries.