Back to the roots

In its third year, Paddy Fields will explore the traditions of Indian music and will feature over 100 musicians across its eight acts. 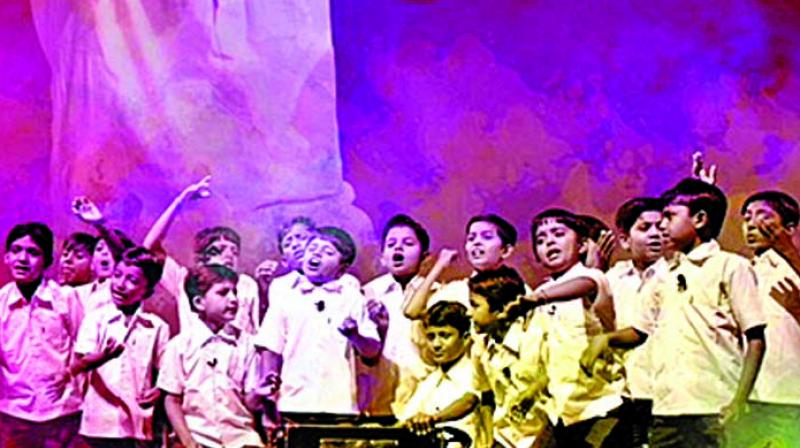 Manginiyar Class Room will be performing at the event

India’s only music festival that takes the beauty of folk music from across the country and presents it to an audience weaned on Bollywood music will feature over 100 musicians across its eight acts for its third edition. This year, the theme for the two-day festival is going to be based on Jugalbandi.

Talking about the theme, organiser Anupama Bhalla, Vice President Sales and Marketing at Nesco Ltd, says, “We wanted to give a taste of instrumental and music as well, so we tried and do a jugalbandi where you have two types of singers, some coming from the classical stream some coming from the folk stream and see how it all comes together. I thought those kinds of combination would be interesting because traditionally that’s not what you hear from these people so this is an opportunity to create something unique.”

In 2016, the festival attempted to bring folk music from Bengal, Assam, Rajasthan and Punjab to the Mumbai audience in the fusion idiom and featured the likes of Papon, Salim-Sulaiman, Colonial Cousins, Mame Khan. The theme in 2017 was ‘Women Take Centre Stage’ and had an all-woman line up for its second edition with Shubha Mudgal, Kalpana Patowary, Susheela Raman, Sona Mohapatra, Sunita Bhuyan, Nooran Sisters among others.

Unique it is, as the festival this year will see artists performing various genres of folk music including Rajasthani, Kashmiri, Avadhi, Sufi, Himalayan as well as Goan, with a little twist of Jugalbandi. One of the main attractions on day one is the jugalbandi between Shujaat Khan and Malini Awasthi. The former is a Grammy-nominated sitar maestro and vocalist, combining to create music with folk singer Malini. Talking about the theme of jugalbandi, Shujaat says, “That is the whole objective, of getting people from radically different styles together and have them play some music and see what comes out from this.” When asked about the preparation, he says, “The whole idea is not to prepare too much. If we over prepare and overwork then the whole spontaneity goes away.” Although they have planned the composition, Shujaat creates the real magic on jugalbandi on the spot.

The closing act for day one is by Amit Trivedi. The well-known Bollywood music director is going to take you on a journey around the country through various folk music. Talking about his love for folk songs he says, “I love folk music and the massive variety we have in this country, thanks to the diversity here. Music from every state in India is beautiful and I’ll be covering music from a lot of the states. There are some songs I’ll be presenting at this festival, which I’m very excited about. So, it’s going to be a fun fusion experience”

Day two is also action-packed as London-based Deepa Nair Rasiya combines Sufi with classical, her solo show in itself will also be a jugalbandi. The showstopping act will be by pianist Merlin D’Souza and Viva La Goa, taking you back to the roots of Goan folk songs. Talking about Goan folk Merlin says “Since goa was colonised by the Portuguese for 400 years, Portuguese is a very important part of Goa, so there’s a lot of Samba, salsa bossa nova. So it’s like a blend of all these sounds which is basically folk with a little bit of latin and just an element of fusion.” Apart from fusing Goan folk with the tunes of piano, Marlin has also composed a few songs for the band about the beauty of Goa.