Three shows, Criminal Justice, The Office, Hostages and City Of Dreams, are ready to stream on Hotstar. 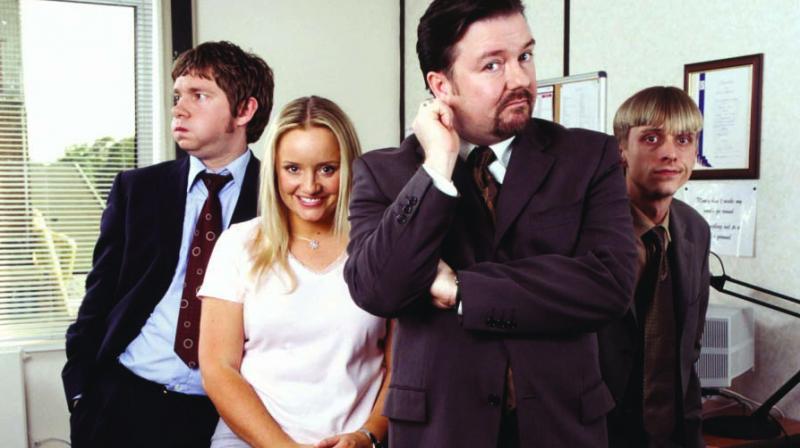 Web series is the new haughty in town especially for the new generation and almost every streaming platform zeal to stay on the top of the app list and also try to steal the show with whatever appeals the audience. Hotstar is not an exception in this case. Already a successful OTT (over the top media services), Hotstar recently announced its foray into digital content for a billion screens with Hotstar Specials to maintain its craze in the market. For its initial slate of soon to be launched Specials, it has partnered with Applause Entertainment, the content studio from the Aditya Birla Group. The four shows in the initial slate are — Criminal Justice, The Office, Hostages and City Of Dreams.

With over 15 crore monthly active users and growing, Hotstar is the country’s biggest OTT by a distance. Earlier this year, it announced its next big leap in content with Hotstar Specials helmed by India's leading creative talent. The four shows that will be rolled out as Hotstar Specials mark the coming together of some of India’s most talented entertainment professionals.

Several international shows such as How I met Your Mother, FRIENDS, Game of Thrones; movies like Insidious, Southpaw, The Best of Me and many more attract audience like a moth to the fire. But on talking about the all new Hotstar specials Tigmanshu Dhulia and Vishal Furia’s Criminal Justice, the Indian adaptation of the hit British series, will feature Vikrant Massey, Pankaj Tripathi, Mita Vashisht, Anupriya Goenka and Jackie Shroff in leading roles. Rohan Sippy & Debbie Rao and Vivek Bhushan have helmed the Indian adaptation of the international cult comedy The Office, which features an exciting ensemble cast. City Of Dreams has Nagesh Kukunoor directing Atul Kulkarni, Sachin Pilgaonkar, Eijaz Khan, Priya Bapat and Siddharth Chandekar in a political drama, set in Mumbai.

Hotstar Specials will be available in 7 major Indian languages leveraging the platform's unmatched reach across the country and will also be accessible to Hotstar’s global audiences. Hotstar was propelled in February 2015 to drive content utilisation in India, and has rapidly developed into India's biggest premium gushing stage. Broadly recognised as the maker and pioneer, the platform is now youthful India's favoured goal for astounding substance. A span of only five days of its dispatch and boom! The OTT soared to a million downloads, which developed to 10 million before the finish of month one, and 25 million downloads in four months, making it the quickest reception of any new application comprehensively. Hotstar is the main stage where the best TV appears from around the globe, motion picture debuts and live games and occasions, are accessible on a solitary stage.

Speaking about the partnership and success Sanjay Gupta, MD Star India said, “With Hotstar Specials we hope to create the biggest Indian stories delivered to a billion screens. To bring this vision alive we are proud to partner with Applause Entertainment on our first set of Specials.”

Sameer Nair, CEO, Applause Entertainment, said “Hotstar is the leader of the streaming services in India and a perfect partner for us.”

“We hope to entertain the audiences, to contribute in a small way to help achieve their business objectives and to ink a deeper, longer-term creative relationship with them.”

Over the past year, Applause Entertainment has developed a robust and varied pipeline of shows, and is constantly improving on processes and systems to be able to deliver high quality creative output at scale.

Hotstar Specials are slated to launch starting March 2019, on the back of VIVO IPL which will also stream exclusively on Hotstar.

From obscurity to a possible Oscars