Director Raj Nair is a feminist at heart and doesn’t just believe in making the voices of women heard but is also working toward it. 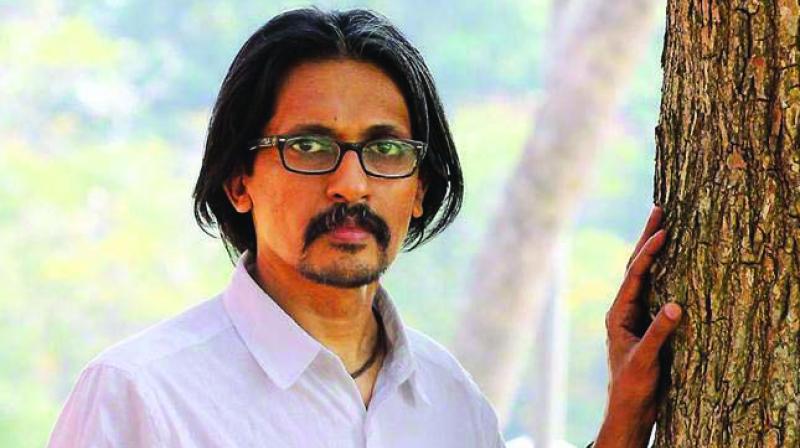 The roots haven’t receded a bit in Raj Nair, grandson of Malayalam literary giant Thakazhi Sivasankara Pillai. Coming all the way from Brisbane in Australia, Raj, in many ways, is making an eventful second coming to Malayalam cinema. The director will soon be setting his second movie in motion. Sometime in the future, he will sketch the life of an unsung heroine. He hopes to be co-producer to Kazhcha Film Forum’s dream project to launch a female film director in Malayalam. And finally, he is here to follow the legacy of his author grandfather with a novel, to tell a different tale of Thakazhi.

When he vanished after the debut feature, Raj was heard announcing somewhere in 2013 the big project Mulachi, about Nangeli, who chopped her breasts off to protest against mulakkaram or Breast Tax imposed by the erstwhile kingdom of Travancore. The buzz was that Angelina Jolie would come on board. “We were all set to launch that project and I had contacted the actor. Protest mounted in Kerala when the announcement came. The whole thing got politicised. I did not want to roll out a big production amid all the chaos and din. It’s there and I’ll do it anyway,” he states.

The female factor is predominant in manifold ways in his works and ventures. In 2004, he became a director for the first time filming his 85-year-old granny Katha in Kazhchavasthukkal. The voices of his women in Punyam Aham were distinct.

Now that he has arrived to promote female talent, Raj explains in simpler terms that he is a feminist at heart.

“I believe in making the voices of women heard. Women here have the right to cast votes. Our Infant Mortality Rate is less. But what use when men remain the same. I have a 15-year-old daughter who is left to make her choices when she writes, swims and draws. I provide her with a platform to grow. My ammoomma (grandmother) in Thakazhi was a person who inspired me a lot. I am not a Hollywood producer but with what I have, I could offer some fillip to this project where the director, writer and cinematographer is a woman. That is feminism, for me,” he clarifies.

Raj was a regular at the parallel film festival KIFF (Kazhcha Indie Film Festival) that happened in December 2017, as a spectator to the live videos streamed on Facebook. He could not sit back as a mere viewer and came here to meet the people behind it. Other than this, he shares an anecdote when an artist talked to him about KIFF frontman and S Durga director Sanalkumar Sasidharan a decade ago.

“Sanal and I met at Brisbane last December. I have seen his movie. People at Kazhcha Film Forum walk more and talk less. There is certain quality to what they do. I don’t mind their political leanings. I feel this is what we want for good cinema. I won’t interfere with their philosophy. All I offer is to add one extra mile to their goals,” Raj explains. From the association of his production house, Mirabilia Films, he promises a global arena for the Kazhcha project in the incubator.

Two more things are left. His novel and next movie. The novel Bhoomiyile Paravakal, runs through Thakazhi, Afghanistan, Kuwait and Australia in four chapters.

The film Vyatha (Woe), is a real-life take on the deepest angst and emotions of an NRI. “We, the NRIs, are more nostalgic about our place. Its pangs and pains shoot our anxiety levels up. The protagonist in Vyatha is an artiste and it travels through his thoughts starting from the time he reads a newspaper until he goes to bed. He relates his personal issues to the problems in society. It is something from a journalistic portrayal of a situation,” he says. Raj hopes the film would be out in 2019.