Working with Mira was on my bucket list: Rasika Dugal

Rasika Dugal on her new show, choice of roles and working with Mira Nair. 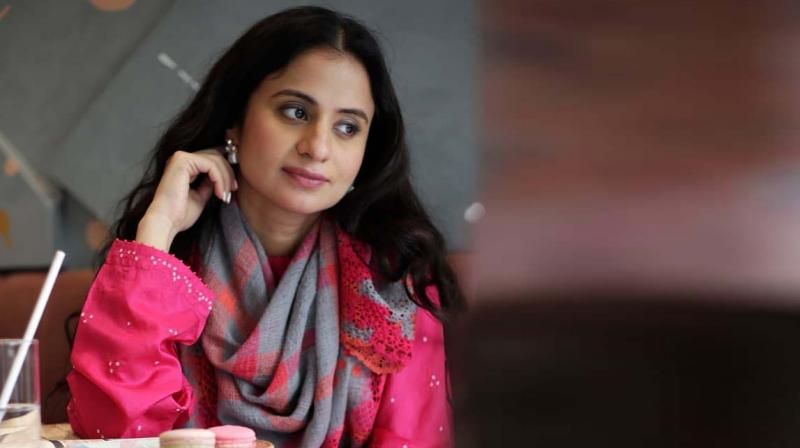 Rasika Dugal forayed into Bollywood in 2007 with a character role in Anwar followed by her debut in Tahaan. But what made the audience sit up and take notice last year were her performances in web shows Mirzapur, and Delhi Crime along with films such as Hamid, and Manto. The actress is yet again making headlines with the ongoing series Out of Love on Hotstar. Adapted from the BBC series Doctor Foster, Dugal plays Meera Kapoor, a doctor who discovers that her husband Akarsh (Purab Kohli) is cheating on her. “One of the reasons I agreed to play the role is the fact that my character is driving the story. When I watched the original series on BBC, I almost felt that I could relate to the character,” says the actress who believes in taking up roles where she feels instantly connected and unpredictable at the same time. “Meera is a combination of both. There are somethings that I instantly connect with her and some that are unpredictable to me. So that’s a challenge,” she explains.

Helmed by Aijaz Khan, the show is Rasika’s second stint with the director after  the National Film Award-winning movie Hamid. Speaking about her director Dugal says,  “A good working relationship between an actor and the director is very important. It takes a while to build a comfort zone because filmmaking is a long process so it is important to connect with people you work with. I already have a comfort level with Aijaz and that helps me a lot.”

Apart from her web show, Dugal is also shooting for Mira Nair’s television adaptation of Vikram Seth’s novel A Suitable Boy. In the film, she will be seen playing Savita, the protagonist Lata’s sister. The show also stars Tabu and Ishaan Khatter. “Working with Mira was on my bucket list for a very long time. She is an incredible director and a lovely person to be around,” she gushes and recalls the time she first met her in New York when the filmmaker had come to watch her film Qissa. “I hoped she would cast me in something and I am glad that happened. She is vibrant on the set and there is a beautiful energy. I am looking forward to watching this film,” she shares.

Driven by the idea of making her craft better with her performance, Dugal has been picking up offbeat characters. For instance, Beena Tripathi in Mirzapur was a woman who owned her sexuality in the male-dominated family and Safina of Manto was a restrained and supportive wife to the author Manto. “I didn’t think about it at all. I was responding to things instinctively and never made any strategy about the kind of roles I want to do. I felt compelled to take up these characters and I stand by my decisions,” says the actress, revealing that she never put down any role, that’s commercial. “It’s just that the offers I got have been independent and I enjoyed doing them,” she expresses in conclusion.