Of bloodsport in Balochistan

The seven-part series Bard of Blood impresses with its great cast and scintillating spy-versus-spy story set in Balochistan. 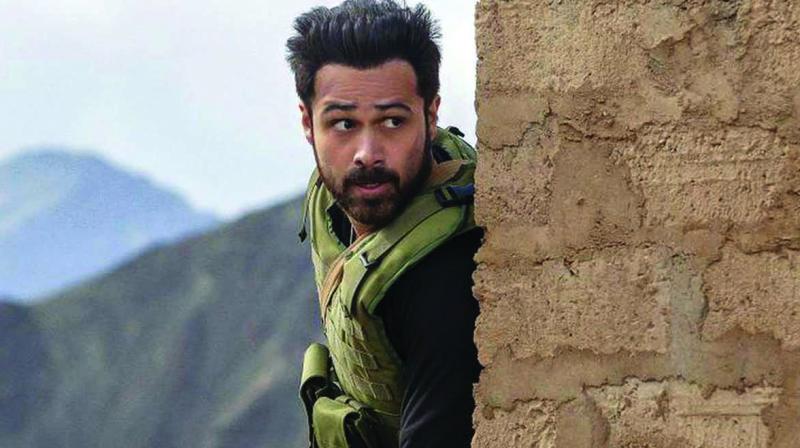 A scene from Bard of Blood.

Finally, here’s an Indian drama series that is as sophisticated and as compelling a watch as its American counterparts!Bard of Blood is a revelation, and a pleasant one at that.The political espionage thriller is gripping and with a racy plot that keeps you hankeringfor more.

Emraan Hashmi, once dubbed the Serial Kisser, isthe surprise element here, as he adeptlyfits into the role of ex-communicated agent Kabir Anand. The series, which ispredominantly based in Balochistan(shot in the exotic environs of Ladakh andRajasthan) sees Kabir being emotionally coerced into taking on a dangerous mission to rescuefour Indian spies in Kandahar.

The drama, which begins with a flashback narrative, sets the tone for the plot and thereasons why Kabir is reluctant to move back into the unpredictable world of a sleeper agent. Based on a 2015 book of the same name by Bilal Siddiqui, it has been produced by Shah Rukh Khan’s Red Chillies Entertainment. The drama has some well-orchestratedaction sequences, though sometimes it’s a tad Bollywood-meets-James Bond in approach. Instances ofthe agent fighting and defeating Taliban militants single-handled are a bit hard to digest. But, if Bond could get away with murder (literally and figuratively speaking), whycan’t Kabir be the conqueror? Kabir is a man on a mission, not just to save theagents but to make peace with his past. In fact, the crux of his trauma is well described,when his friend’s wife asks him, “Why dig up old graves, Kabir?” and he dryly respondswith, “To bury my past, once and for all.”

Kabir has many demons to fight, not just in Kandahar but back home in India, where he is considered the prime suspect in a murder plot. Kabir, on the advice of his mentor Sadiq Sheikh, is part of a three-member team that comprises him, Isha Khanna (ShobitaDhulipala) and an agent in Balochistan that is orchestrating this unauthorised rescuedrama. Shobita, in a dramatic departure from her wedding planner character in Made in Heaven, is the perfect foil for Kabir’s angst-ridden character. The ensemble cast also has Vineet Kumar Singh whose raw (pun intended!) performance as Veer Singh, an agent at large, who has been in Balochistan for seven yearsand is yearning to return home, strikes an instant emotional chord. Danish Hussain, who plays the Taliban leader Mullah Khalid and Ashiesh Nijhawan,who plays his son Aftab, both impress with their mastery over the Pashto language.

Amidst this plot is an unrequited love story between Kabir and Jannat Marri, the daughterof the Balochi leader. Kriti Kulhari looks the part of a regal Balochi beauty, though her intonations are a tad desi. Of course, those expecting some Hashmi-style kisses will be in for a surprise (pleasant or otherwise) as this is a rather sanitised romance, which sours. You need to watch the seven-part series to figure out why.