'We know that there is nothing between us': Prabhas on equation with Anushka Shetty

The 'Baahubali' stars says thay he and Anushka have been just very good friends, who know each other for a long time. 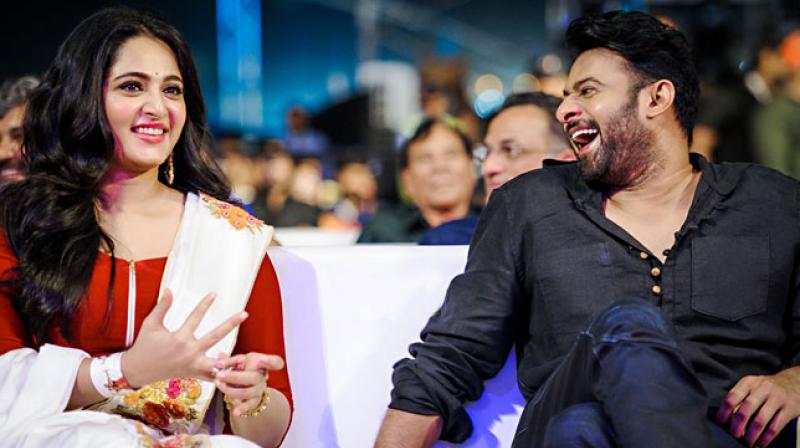 Mumbai: The buzz surrounding the marriage of Samantha Ruth Prabhu and Naga Chaitanya proves that audiences are even interested in South couples and not just in the link-up rumours of Bollywood stars.

Another such pair in the news for it since years have been ‘Bahaubali’ pair Prabhas and Anushka Shetty.

The pair’s marriage rumours have done the rounds numerous times and Prabhas had few months ago stated that such reports are common when a pair works together in more than one film.

And now latest rumours claimed that 'Baahubali' and his 'Devasena' are set to get engaged this December and that’s why the latter has been on a weight-loss regime.

However, Prabhas has once again reiterated that they are nothing more than good friends.

“I and Anushka had decided that we will never let our link-up rumours do the rounds. We have been family friends for nine years. We are very good friends; we know each other for a long time. But when such rumours start doing the rounds, even I wonder if there’s actually something between us. (Laughs) We know that there is nothing between us. Anyway, this is not something new, wherever a heroine works with a hero for more than one film, people link them up together,” Prabhas told Navbharat Times.

We are not sure if Prabhas has mastered the use of the ‘good friends’ term often used by Bollywood couples, but fans of the couple would definitely be disappointed again.