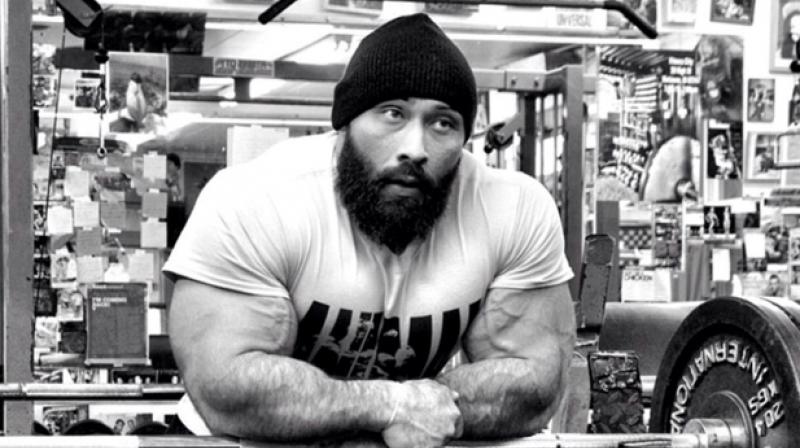 From doing 3 training sessions a day to spending quality time with his 3 kids, Pro Bodybuilder Jason Huh has come a long way in life and right now he has reached right where he wants to be – Bollywood in India! This professional bodybuilder has his eyes set on the Hindi film industry, where he wants to produce movies related to fitness as well as join hands with young talents. His Instagram account is proof that he loves bodybuilding. His chiseled physique is looking back at you from every frame on the page. However, what shines through, even more than his build, is his love for his family – his gorgeous wife and 3 adorable kids!

For those who tuned in late, Jason Huh gave up a flourishing professional career a year after he turned Pro and had babies. His epiphany came in the form of a statement – “Being not only a father but a dad.” He realized that he could not be a successful bodybuilder in the professional world arena without sacrificing his time with his family. He decided that his life was ‘no longer worth it’ and he set aside his competitive life.  According to him, “Bodybuilding is a very, very selfish sport.”

However, that doesn’t mean he has given up on his body. He still maintains his daily routine in bodybuilding and encourages a healthy lifestyle around him. An extension of this belief is his move into the Bollywood where he will produce an upcoming Bollywood movie related to fitness, which will, most probably, be named “Fitness World.” His movie will be seen in the cinema theatres in December 2019 for which he is working hard right now.

Now, Jason may have given up a professional career, but he hasn’t forgotten his journey so far. The  journey checkered with ups and downs, from counting pennies to pursing a Pro bodybuilding career, from showering in the gyms to being back-stabbed by friends, has taught Jason the value of family life. It is because of his past that he has carefully kept his family close to his heart. His social media accounts on Instagram and Facebook are full of photographs of his family, including his 3 cute children – whom he calls his “little guardian angels.”

Such love and emotion may be unexpected for a bodybuilder but Jason Huh is a bodybuilder with a heart as large as his biceps and triceps! It is with this love and goodwill that Jason has trained his eyes on Bollywood. In a few months, as his film meets viewers in the cinema theatres, we might just get our very own version of Dwayne Johnson!