‘A Fly’ buzzes at National Awards

In the book, the authors have also pointed out how video and technology helped more filmmakers to join the fraternity. 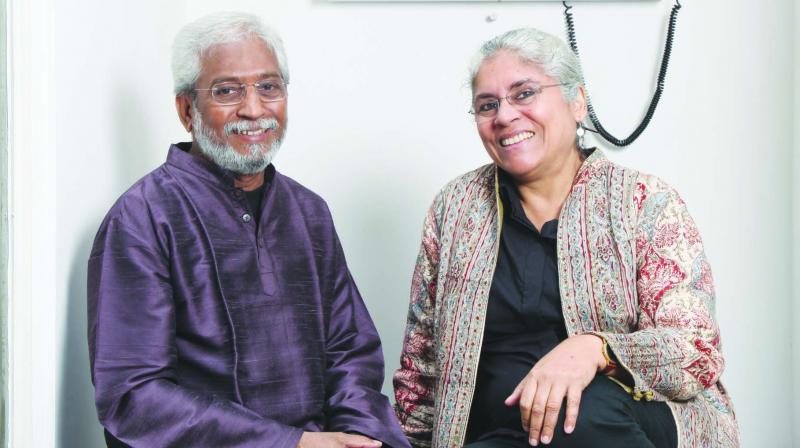 Mumbai, the city where people come to dream fiction — says a rueful voice over in Ranjan Palit’s personal and heart-aching documentary, In Camera. A statement that speaks volumes on the lack of acknowledgement that the cinema frenzy country has for non-fiction genre of films. Although India is one of the largest film-producing nations of the world, non-fiction and documentary films in the country are largely overlooked.

A Fly in the Curry: Independent Documentary Film in India, a book written by award winning filmmakers and educators K.P. Jayasankar and Anjali Monteiro is an attempt to bring the narrative into forefront. Apart from several accolades in the documentary fraternity, the book also won them a special mention at the National Award, 2017. Ahead of a talk at the Godrej Culture Lab, the authors who head the School of Media and Cultural Studies, TISS spill a few beans on their seminal work.

“As professors and filmmakers, we felt the lack of a narrative of the documentary and non-fiction cinema of India, especially post-70s. Being a part of the fraternity through the 80s and 90s, we thought that we ought to do something about it,” says Prof Anjali. In 2013, the professors took time out from their semesters and worked on the book. “There’s so much biting around Bollywood, but the documentaries have been an important instrument, which speak about social moments,” adds Prof Jayasankar.

The book is primarily a history through a critical lens into the practice of documentary filmmaking in India with generous portions dedicated to filmmakers like Anand Patwardhan and Deepa Dhanraj. “(In the book) we look at documentary films that either attempted to capture the changes in the society or have resisted the common form. Because both in a sense confront social practices,” points out Prof Jayasankar regarding the method of choosing the filmmakers and their work. Interestingly, alongside Anand and Deepa, another filmmaker who the authors extensively write about is Mani Kaul, a filmmaker whose cinematic work has often blurred the distinction between fiction and non-fiction. 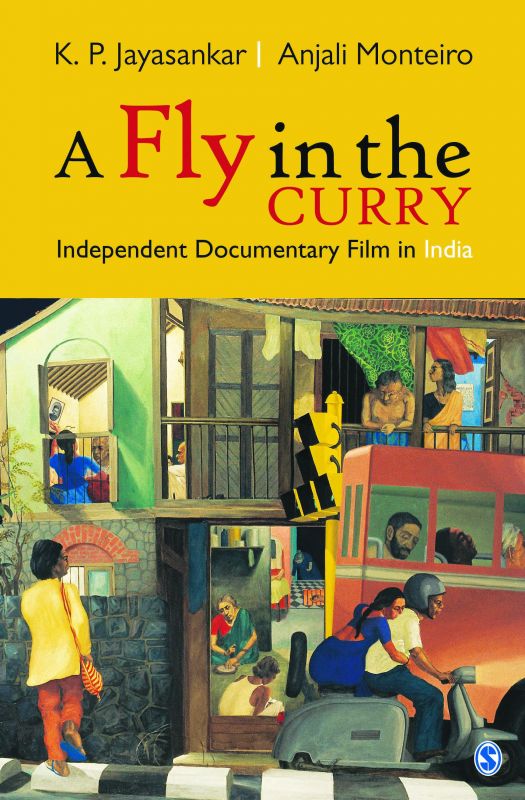 The cover of the book with painter Sudhir Patwardhan’s work on it. Courtesy: Sage Publications

In the book, the authors have also pointed out how video and technology helped more filmmakers to join the fraternity. While today, Internet promises an easier distribution, the problems are many. “The problem of financing is still a very big problem,” says Prof Anjali, adding, “With Internet it is indeed possible to reach people, a proper revenue model is not yet in place.” Therefore, to choose a career in documentary filmmaking is not a viable option. However, that hasn’t deterred filmmakers. “There is a lack of patronage for documentaries in India. There is no certainty and yet, people are really committed to the form for its ability to speak truth to power; it’s a labour of love,” says Prof Jayasankar.

Documentary as a form has often been hailed as exciting, including the iconoclast Ritwik Ghatak (in Cinema and I). The professors think the same. “In a world where we see growing violence towards the marginalised, there are threats to freedom, documentaries becomes even more critical, as a voice of resistance,” says Prof Anjali.

At the risk of seeking a hierarchy, Prof Jayasankar says that documentaries are much more challenging too. He explains, “A documentary filmmaker has to have the capability of creating rapport, a research sensibility, visualising elements, writing skills with a different kind of learning taking place. And then there are ambiguities, uncertainties. After all, in fiction films, the director plays God, but in documentaries, God is the director.”

Today, 5 pm onwards, At Auditorium, First Floor, Godrej One, Vikhroli (E)
This event is free and open for all