‘Censorship is a unique form of colonialism’

Fiction is a space where you know the content emerges from the imagination of the filmmaker, inspired by real life events. 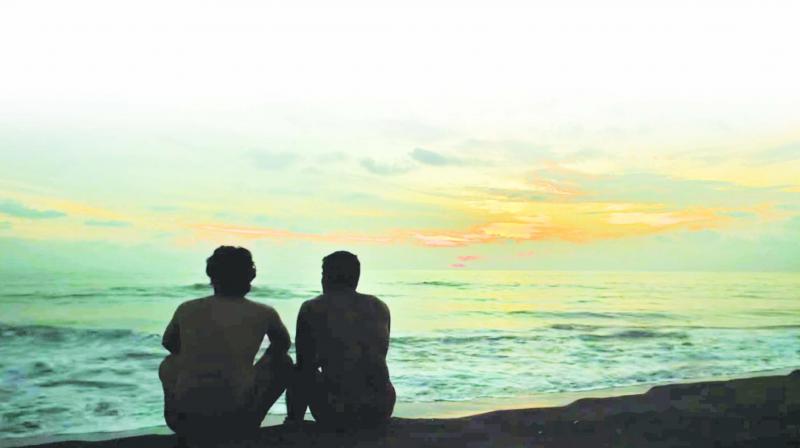 A still from Ka Bodyscapes

Close on the heels of Alankrita Shrivastava’s award- winning film Lipstick Under My Burkha facing CBFC’s ire for being “lady oriented”, another film has now made the censor board crack its whip —Jayan Cherian’s Malayalam film Ka Bodyscapes has been denied certification by the Central Board of Film Certification (CBFC) for “glorifying the subject of gay and homosexual relationships”. Disappointed, angry and frustrated at their creative freedom facing the censor board’s axe, filmmakers feel it’s high time censorship itself is subjected to scrutiny and amendment. “In fiction, censorship sounds completely ridiculous to me. Fiction is a space where you know the content emerges from the imagination of the filmmaker, inspired by real life events. One has to question the very meaning of censorship. It reflects only certain people’s point of view and seems like a very lopsided and restrictive approach,” says documentary filmmaker Shikha Makan, whose film Bachelor Girls, which talks about housing discrimination faced by single women in Mumbai, was given an ‘A’ certificate by the censor board because of the use of words like whore, sex, etc. “With the ‘A’ certificate, my film would only get late night screening slots. How many people would come for that?” she asks. “Censorship is not a process meant to judge what your script is all about. In fact, it is a process where the board should try to appreciate a film and analyse the context in which it is made, and see if the language and creative expression of the film justifies that context,” adds Shikha. CBFC has come in for much criticism because films like Kya Kool Hain Hum 3 and Mastizaade — which blatantly objectify women — have been passed for release. “Sexuality is a big problem in the industry. For instance, Oscar-winning film Moonlight is widely appreciated for the way it showcases the journey of a gay protagonist. The dialogue around the film has been so civil. I feel some benefit of doubt has to be given to filmmakers,” says Shikha, adding, “We are not children that such topics need to be censored till date.” Some filmmakers feel that censorship is an old colonial concept and question how the state can take liberties to limit filmmakers’ creative freedom. “How can a state decide what’s right and what’s not for the filmmakers? The right to free expression is a fundamental right and censorship is attempting to curb that beyond limits. An age-appropriate certification makes sense to me but this denial of certification seems like a unique form of colonialism,” says Saba Dewan, a documentary filmmaker who has made films like Delhi-Mumbai-Delhi, Naach and The Other Song. And this colonialism comes with its own brand of regression, feel feminists and activists fighting for the rights of the LGBTQ community. Gautam Yadav, a gay rights activist from Humsafar Trust, refers to some statements from “right wing leaders” who claim to be “OK” with homosexuality only off the camera. “In public, these politicians don’t even utter a word for the cause. Their statements end up being only statements and there are no follow-ups to that. The laws are still the same and movies on such issues are still not getting certificates,” he says. However, this growing intolerance against censorship on social media is something that works in favour of filmmakers. “I feel happy that at least now we have access to debates and discussions. Today we have platforms to voice our opinion. And in that sense, it becomes a loss-loss game for the censor board because when you censor films, they garner so much more attention and people are even more interested in watching those films. So for filmmakers, the positive side is that it creates curiosity amongst people about what is being discussed and debated,” explains Shikha.