Consequent to COVID-19, theatre has found shelter on streaming platforms, where it’s more accessible to audiences. 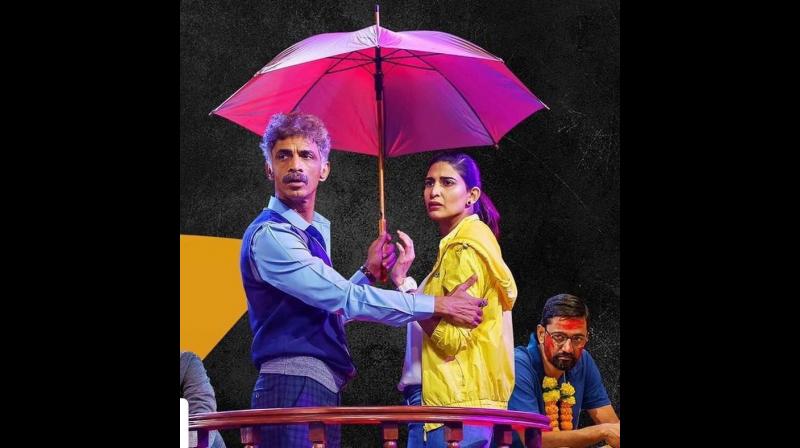 Following in the footsteps of filmmakers after the lockdown started, theatre practitioners found a way to reach out to their audiences through virtual mediums, replicating the stage on various devices. Soon, almost every theatre practitioner across the globe performed their shows virtually.

However, with auditoriums still shut, and with novel coronavirus and newly discovered strains looming in the air, theatre practitioners are turning plays into teleplays, reaching out to theatre lovers through OTT platforms.

Experimenting with the act

While live audiences and stage performances will remain an integral part of the live arts, the outbreak of COVID-19 has compelled theatre directors, albeit with initial apprehensions, to move to OTT platforms. The move has helped theatre folks in maintaining their revenues. However, if the trend will widen theatre’s reach or lose its auditorium audiences forever is to be seen.

Atul Satya Kaushik, theatre director and founder of The Films and Theatre Society, clarifies that the trend of plays being shot for onscreen viewing is not a new fad. “However, audiences hardly ever notice plays on TVs. I personally couldn’t watch a single play on a digital platform till the end — for various reasons. However, I’m not against it,” he adds.

Interestingly, English playwright and director Mahesh Dattani sees advantages in theatre going on OTTs. “Theatre is about performing live before an audience, but plays on OTT are unlike live theatre,” says Dattani. “You aren’t bound to a place and can watch it on the move, unbound by space or time to watch the whole show. I think it’s the new best thing. Moreover, auditoriums aren’t open and something’s better than nothing.”

Dattani’s play, Where Did I Leave My Purdah, has also turned into a teleplay, narrating the riveting tale of Nazia, a once famous stage diva, who decides to direct a modern adaptation of classic play Shakuntala. The play stars Swara Bhasker, Divya Dutta and veteran actress Sohaila Kapur in lead roles.

Traditionally, theatre performances are incomplete without a set, blocking and audience reaction. Theatre actors are believed to derive their energy from their spectators. However, with their plays on OTT platforms, directors believe that one needs to find drama and expression while adapting to changes.

Theatre director Purva Naresh, whose play Ladies Sangeet is currently streaming online, showcasing the Indian mind-set towards big-fat weddings, believes the OTT medium hasn’t been fully explored around theatre.
“There’s no grammar design on OTT for plays, but you’ve to keep moving and this is the only way,” she says.

Confessing that he was initially apprehensive to put his play online, Dattani admits that it’s different from live theatre. “There’s an audience that’s not introduced to theatre at all and teleplays may become a bridge to introduce live theatre. Theatre will remain for niche audiences but teleplays online might invite audiences to live shows,” he explains.

However, Atul Satya Kaushik points out an issue about streaming plays online. For one, he states, they haven’t been shot for that purpose and hence lack cinematic touch and aesthetics. “These plays must’ve been shot for a record-keeping purpose, mostly with single, static camera so audiences won’t get the real theatre experience while watching it online,” he indicates. Elaborating his point, Kaushik points out, “Most of the theatre groups in India do not have the resources to shoot, edit and package the plays to make them conducive for a nice cinematic piece. Further issues relate to how you remunerate the huge team involved in making theatre because revenue streams for online screening of plays have not been put in place. Also, people hardly want to pay for an online play,” he adds.

Plays have to compete with global content on OTT platforms, including films and web series. While theatre makers sometimes hire a known celebrity to play the protagonist to attract a huge audience, as is done in Broadway in the USA, the trick won’t have the same results for plays on OTTs.

However, some makers believe plays on OTTs will introduce new content that Indian theatre practitioners have been working on. Yet, some worry that the availability of plays online will cause audiences to never return to the auditoriums.

But Purva Naresh is optimistic. “That may not happen. People watch movies online but still go to theatres. Similarly, cricket stadiums are always full, so the live experience won’t be replaced. I feel once people are exposed to theatre content through OTT, they’ll turn up in more numbers to watch plays live,” she reasons.

Dattani thinks likewise. “Teleplays are presented in theatrical language, but the experience won’t replace the live one. It’s like documenting your work. I think audiences will grow in the future,” he adds.

Despite the experiment and the few theatre personalities with strong connections and big faces that get their plays on OTT platforms, online theatre is unexplored. While commercial plays from Mumbai have made it online, theatre with rich folk and traditional legacies still await the light of streaming platforms, and only time will tell if audiences will get to see those.

Teleplays may become a bridge to introduce live theatre. Theatre will remain for niche audiences but teleplays online might invite audiences to live shows. I think audiences will grow in the future,”
—Mahesh Dattani, Playwright and Director

There’s no grammar design on OTT for plays, but you’ve to keep moving and this is the only way. I feel once people are exposed to theatre content through OTT, they’ll turn up in more numbers to watch plays live,”
—Purva Naresh, Theatre Director

“These plays must’ve been shot for a record-keeping purpose, mostly with single, static camera so audiences won’t get the real theatre experience while watching it online. Most theatre groups in India do not have the resources to make their plays conducive for a nice cinematic piece”
—Atul Satya Kaushik, Director