The source also adds that the makers Sun Pictures have already initiated the talks and have made serious headway in nailing the cast. 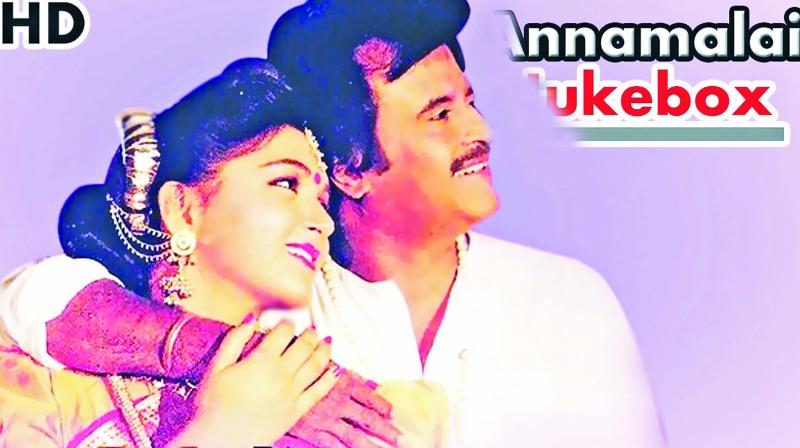 Rajinikanth and Khushboo in 1992 film Annamalai.

It’s a coup of sorts. The effervescent Khushboo will play Superstar’s leading lady in Rajini’s next which is tentatively titled Thalaivar 168. According to reliable sources, the Superstar who has opted for current top heroines like Nayanthara, Trisha and Amy Jackson to play his romantic pair in his recent flicks will be romancing the darling of Indian cinema, Khushboo Sundar after a gap of 26 years after the magical pair came together in the blockbuster Pandian.

The source also adds that the makers Sun Pictures have already initiated the talks and have made serious headway in nailing the cast. And Thalaivar, who never interferes with the heroine selection as he feels it is the prerogative of the director was happy to know Khushboo has been roped in.

The alluring pair has given several blockbusters earlier like Annamalai, Mannan, Nattuku Oru Nallavan. In fact Khushbu started her career as a lead heroine with a Rajini flick Dharmathin Thalaivan.

Director Siva, who has managed this coup will  set the film in a rural place and is going to highlight family relationship and values. Siva, an ardent fan of Rajini had also said that there will be a lot of thrills for the action buff. The film which will be completely shot in India will have a great sense of entertainment and emotional quotient to keep Rajini-Khushboo fans enthralled.

We all know that it has been a while since Khushboo appeared in full-fledged roles in films. The actor turned politician and National Spokesperson of the  Congress party of late appeared in extended cameos in films like Amabala (VFF production)and Aranmanai 2 bankrolled by her home banner Avni Cinemas.

When DC contacted Khushboo who is holidaying in London over phone the actress in her friendly inimitable style quipped, ‘I can’t say anything now.’