The Classic animated film, The Lion king is back in 2019 and soon is going to hit the theatres. 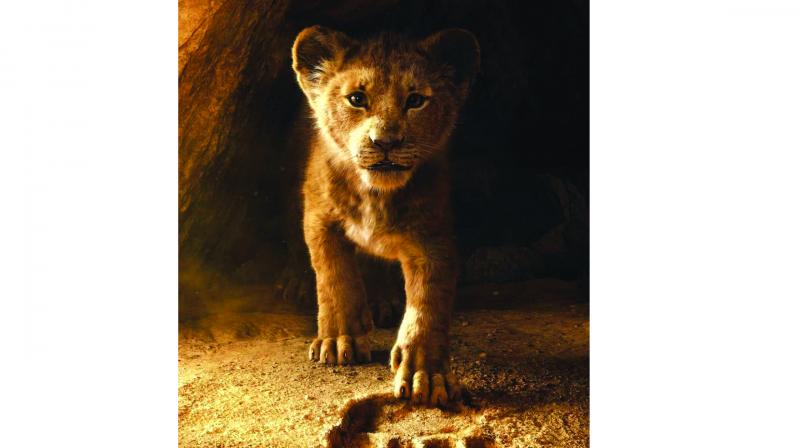 The poster of the new release.

Disney is bringing our childhood back with the live action remake of The Lion King releasing on 19 July 2019. The teaser trailer of the film tells it all and reminds us our childhood. Most of the 90’s kids are exited to watch and relive their memories.

Radhika Malik, who is a college student says, “I used to love watching The Lion king along with my brother whenever it used to come on television, now we both are very much exited to relive our childhood days and waiting for the movie to release soon”.

The classic animated musical movie The Lion King was first released back in 1994 produced by Disney Feature Animation and released by Walt Disney. In 2019 Disney is back with the live action remake of the movie, it once again offers a look at beloved characters from the previous 1994 film such as Scar, Mufasa, Simba, Nala, Zazu, Rafiki and Timon and Pumba.

The trailer of the film begins with Mufasa aka James Earl Jones’ narration in the background and moves to the iconic shot of Rafiki hoisting Simba for all of the animals in the Pride Lands to see, with the original film’s track, Circle of Life being played in the background.

Rahul Desai a film critic says, “The film makers should make new fairy tales stories rather then remaking old animated classic ones again, the technology available theses days can be used in making good films and should be used in a much more productive way, I will still prefer to watch the old animated one over the new version of the film”.

The Lion King 2019 has borrowed heavily from the 1994 classic; the trailer of the film shows the shots taken from the previous film so that the public is able to relate to the original 1994 film. Now the wait begins how public will react after the film hits the theatres.