It’s got romance, humour, mystery and banter all in a tiny village! This series is perfect if you want to stay home and relax! 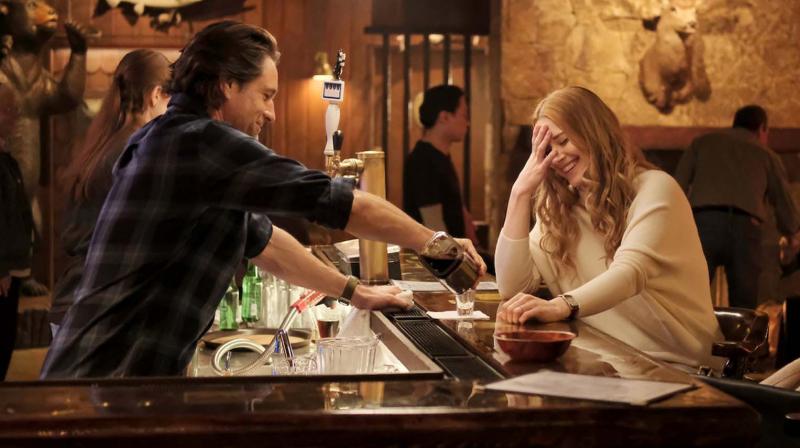 A still from Virgin River

Though there are so many shows that take us by storm, we tend to always go back to that show which gives us a feel-good factor. These are shows that are cozy, heart-warming and yet give us that oomph factor with a deep message interwoven in the dialogues. Netflix’s new series Virgin River that is based on the book by same name written by Robyn Carr is one of those series to watch when you want to unwind with a glass wine. If you start the series unaware of what it is about, you are introduced to a red car in the middle of nowhere, stranded! This scene sets the perfect beginning to a great thriller but Virgin River is anything but a thriller. With a touch of humour and a lot of emotion, each character has their own little struggle. This series is sure to get you hooked from the get go.

The series starts with a lot of introductions. We are introduced to Mel or Melinda Monroe, a mid-wife and nurse practitioner who is moving to Virgin River to start afresh. You also meet Jack Sheridan who owns the only bar in the village. Mayor Mc Crea is the mayor who loves butting herself in others’ businesses and Doc Mullins the local physician who is just a cranky old man. The makers did a beautiful job at introducing us to the scenic locale in Virgin River. Amidst the lush flora and fauna are simple people each with a back story of their own. Though Mel is taken aback by the lifestyle in a small town, she soon finds joy in living a simple life. But like Jack, everybody is either hiding something or running away from something.

What works for the series is the fact that there isn’t much to think about. It is a simple story with simple characters which also makes it an easy watch. It becomes quite refreshing to see a different pace of life in a place where neighbours actually know and care about the people around them. To us city folks this is something we need to learn to do. Unlike other romantic dramas, where everything is very rosy and happy – the scenes with Mel and Jack are quite real and don’t look little teenagers in love. However the drawback of the series is that fact that sometimes they tend to stretch it too much. You’re left waiting for the next thing to happen. But with the open ending that they had, we won’t have to wait for long for the next season to come.