The filmmaker reveals the trend in Tollywood of hyping the success of the films irritated him immensely. 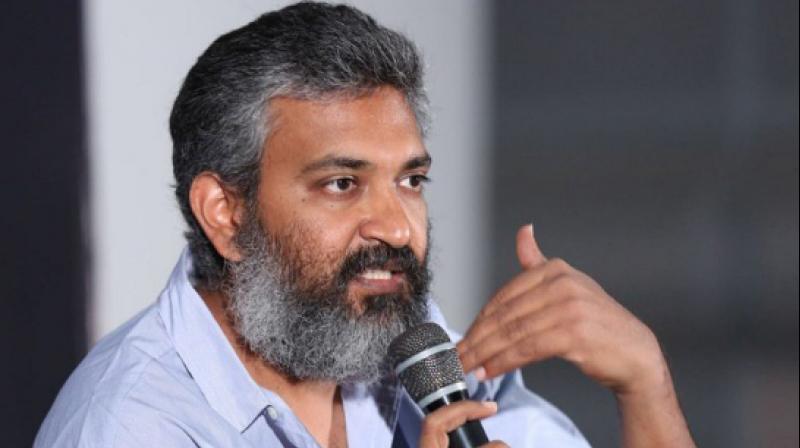 Rajamouli is yet to announce his next film after 'Baahubali: The Conclusion.'

Mumbai: S S Rajamouli's 'Baahubali: The Conclusion' has broken numerous records as it has grossed more than Rs 1500 crores worldwide.

While Rajamouli is currently basking in the glorious success of his film, many people are not aware that he delivered several other big hits in Tollywood, one of them being the Ram Charan-Kajal Aggarwal starrer ‘Magadheera.’

The film is suddenly in the news for the wrong reasons, with the makers accusing the Sushant Singh Rajput and Kriti Sann starrer ‘Raabta’ of being a rip-off of the film, while on the other hand, author SP Chary has accused the makers of 'Magadheera' of copying his story in the film.

And Rajamouli, in a recent interview, has also opened up on why he had skipped the celebrations of the film. He revealed that he got into a confrontation with the producer Allu Aravind as he was claiming that film ran in theatres for 100 days.

He was unhappy with this trend going on in Tollywood and said, “My film Simhadri ran for 100 days in a good number of theatres and we were all very happy. But, the filmmakers did not stop at that. They claimed that it ran for 175 days for publicity. I was irritated by that.”

“I told Aravind that let us not do the same thing with Magadheera. And he also agreed. I wanted to put a full stop to this trend. Magadheera became a big hit of the industry. When I was feeling so happy about the success, they started publicising that it ran 100 days in so many numbers of theatres. I confronted Aravind about it and he said he didn’t want to do it but because of the pressure from the fans, he had no other choice. I could understand his situation but at the same time, I didn’t want to endorse all those wrong calculations,” Rajamouli said on the Open Heart with RK show.

Rajamouli’s ‘Baahubali: The Conclusion’ is set to add more to its box-office tally with its release in China soon.