The man with no alternate

The theatre and film community in India mourns the passing of one of its greatest luminaries, Tom Alter. 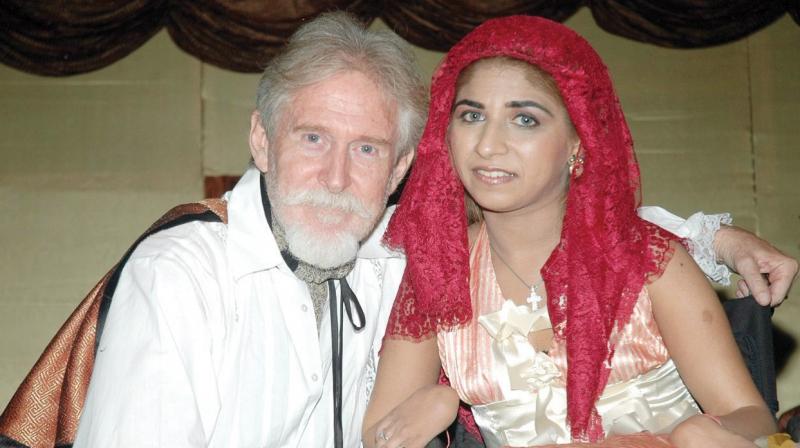 Theatre giant, Urdu exponent, Padmashree awardee, Shaktimaan’s guru and Captain Vyom’s boss, the list goes on but Tom Alter — the wearer of many hats — is no more. The thespian succumbed to skin cancer on September 29, at the age of 67.

“Urdu is a language which surrounds all of us. We speak it without realising it,” he had said once, speaking about his beloved language.

Now, his friend and fellow Urdu thespian Iqbal Niyazi, recalls that Tom was not only a dedicated Urdu scholar, but also one of the most down-to-earth people he knew. “One of our productions, Sahil Rang Aur Noor Ki Baarat Sahil Ke Saath, was anchored by Tom. The first show was in Rangsharda and Tom put in his own titbits along with the script. Though it enriched the play, it also cut into the time and the venue owners wanted us to vacate the stage or pay Rs 10,000. When the play was done, he said that he didn’t want to take any money for the performance, since the extra time had cost me. Of course, I insisted and cajoled till he did. But that’s the kind of person he was — kind, thoughtful and all about theatre, with no thought to money matters,” he muses. 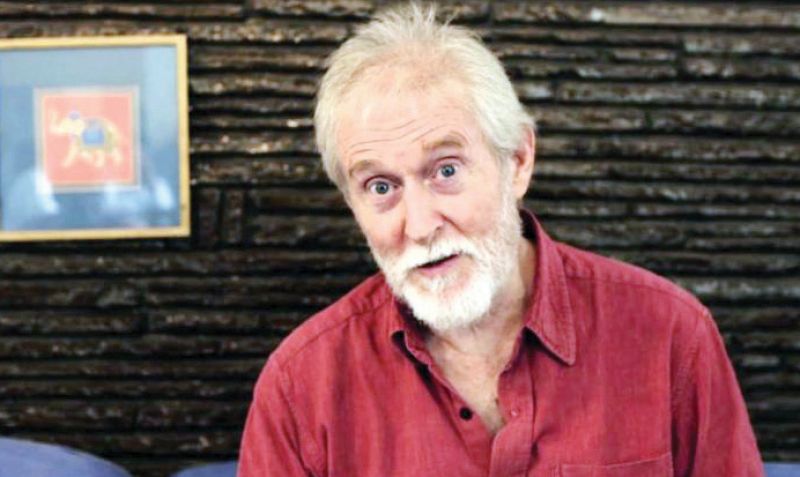 Indeed, most of the theatre industry has felt the blow of this loss. Says friend and co-artiste Shernaz Patel, “I’ve lost a dear friend. We worked together in plays like Larins Sahib and Arms & The Man in the past. Then for many years we didn’t connect at all. In May this year we shot together for a short film, Bhargava Saikia’s The Black Cat in Bhimtal near Nainital. It re-connected us again. The loss is therefore much more intense.  The Black Cat is based on Ruskin Bond’s short story and Tom who was a very dear friend of Ruskin Bond, played Ruskin Bond, while I played an evil witch. If he was at all unwell in May he gave no indication of it at all. Tom was his usual cheerful helpful kind and generous self.”

Rakesh Bedi, who also worked with Tom on many a play, was equally unaware of his illness. “Both Tom and I are from FTII and just two months ago, there was an event there. Tom was the compere and he seemed hale and hearty. He kept that brave and smiling front — he gave the world that personality,” he says with a smile.

For disability activist and theatre personality Divya Arora, who played Tom’s daughter in a play titled Dr Khanna, the thespian was not just a father figure on stage but also off it. “The first play we did together was The Melody of Love where he played the role of my father. Since then, we have shared a father-daughter bond. I never called him ‘sir’ or ‘Mr Alter’. For me, he was father,” says Divya, her voice drenched in emotion. “When I met him for the last time, he told me, main hoon ya na hoon, I want you to perform Dr Khanna. And I will,” she adds.

One often remembers the little things when faced with a great tragedy, and Shyam Rawat, who cast Tom, in the TV series Samvidhan remembers some of these moments. “We found common ground because we’d both grown up in Dehra Dun. We spoke about the time when he and my brother used to run for the same team. Later, we kept in touch off and on. He’d praise me about my grasp on Hindi and Urdu. I would tease him about not having a cell phone,” he recalls with a laugh.

It is the little things that also bring a smile on Iqbal’s face. “He used to love cricket. If a rehearsal clashed with a match, he’d reschedule the rehearsal,” he recalls.

“Tom was a man with a golden heart. He used to call me Bedi saab and I’d tell him Tom, you don’t have an ‘alter’nate. And he truly doesn’t,” sighs Rakesh Bedi.

—With inputs from Subhash K. Jha